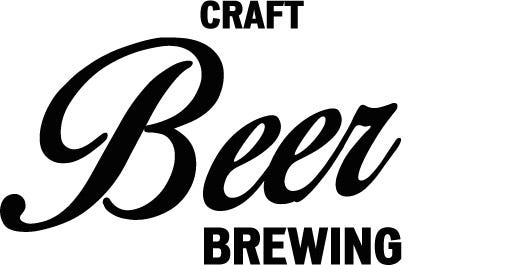 US Water does not brew beer¦ although we have been known to hoist a few, but the best craft brewers often start with the highest purity water and add back certain ions depending upon the type of beer they are brewing.

US Water specializes in providing high-purity water for all brewing applications, home brewers, small brewers, micro-breweries, craft brewers and most any application that uses from 150 to 20,000 gallons per day. If you need over 20,000 Gallons per Day, we still engineer and design such systems. 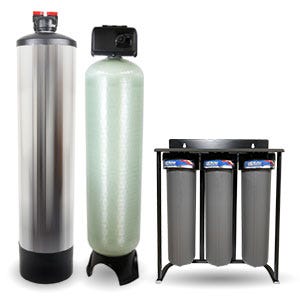 Sediment Filtration Removes solids and sediment smaller than the eye can see to add clarity, while protecting any downstream equipment.
Shop Now 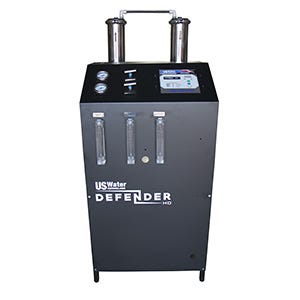 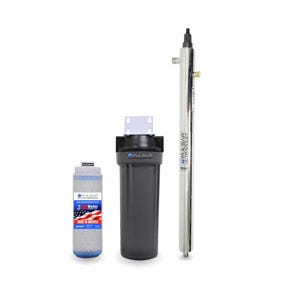 Disinfection While foreign bacteria, virus or cysts are undesirable in any application, purity is something consumers demand.
Shop Now 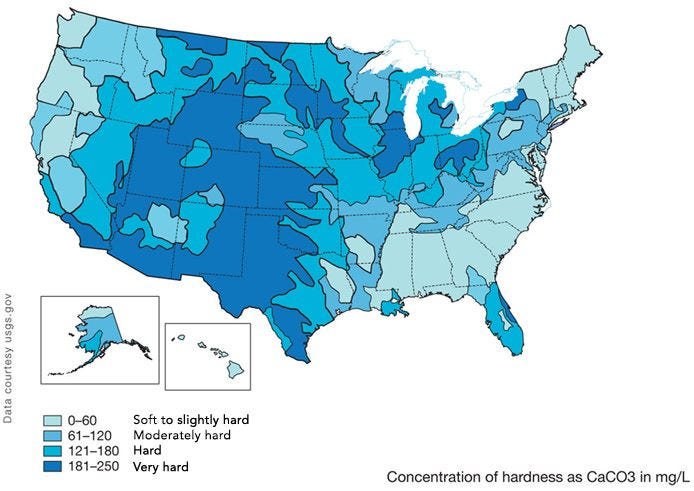 More Info on Water for

The water across the country varies greatly and the water will have a direct affect on the taste of the beer. Hardness, which is composed of calcium and magnesium ions has to be considered. Many brewers like the water to contain at least 50 mg/l of Calcium, but too much can be detrimental to the flavors because it lowers the pH of the mash. Similarly, a little Magnesium is good, but too much can create a bitter taste. 10 to 25 mg/l of manganese is most desirable.

Sodium can also be a contaminant that can create a metallic taste, which is why smart brewers never use softened water. It's almost always a good idea to keep sodium levels below 50 mg/l. Additionally, Carbonate and Bicarbonate are desirable at certain levels and detrimental at higher levels. Darker beers with high acidity sometimes have up to 300 mg/l of carbonate, while IPA's may taste best at under 40 mg/l.

Chloride is another two-edged sword " small amounts can give the beer a complex and full taste, but too much can be detrimental. Sulfates can also be good or bad depending upon the type of beer you are brewing. Sulfates can actually improve flavors of beers that are on the œhoppy side.

Iron, Sulfur and Manganese are almost never good when it comes to brewing beer. If you have any of the three in the water, they should be removed by oxidation and filtration. Chlorine and Chloramine are never desirable for brewing beer. They prevent the yeast from doing it's job, especially chloramine which is created by adding ammonia to chlorine. It cannot be boiled out of the water and must be removed by prolonged contact with carbon and catalytic carbon.

It should go without saying that Sediment, Solids, Sand and Silt are never desirable in water which is used for craft beer brewing. You don't want frogs and fish in your beer and you certainly don't want to chew it! Finally, Bacteria, Cysts and Virus may not be an aesthetic problem, but they have no place in the water used for craft beer brewing¦ for obvious reasons.

What's a Craft Brewer To Do?

It's really not too difficult. At the minimum, you want to start with filtration, down to five (5) microns, followed by carbon filtration and finally some sort of disinfection. How you do this, depends upon how much water you use at a time.

A small (as in extremely small) brewer may want to use something like this: 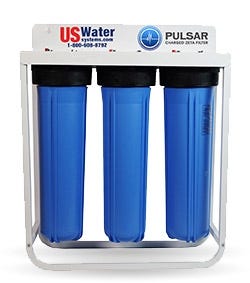 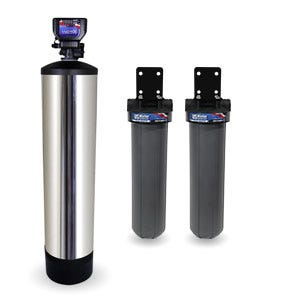 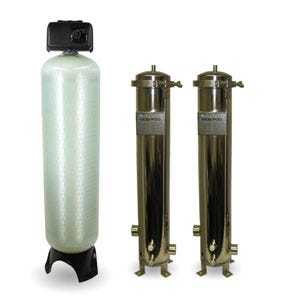 Large Commercial Craft Brewery ¢ Stage 1 5 Micron Pre-Filter
¢ Stage 2 Backwashing Carbon Filter for Chlorine and Chloramine
¢ Stage 3 Disrupter Filter for Lead, Bacteria, Cysts, Virus and Chromium 6.
You can also use Ultraviolet or Quantum Disinfection. This is best for flow rates of 15-20 gallons per minute.
Shop Now
Filter By
FILTER BY
Category
American Made
Yes
Filter Size
4.5 x 20
Large Format
Manufacturer
Compare Products
Compare
Clear All
You have no items to compare.
My Wish Lists
Last Added Items
Go to Wish List
You have no items in your wish list.