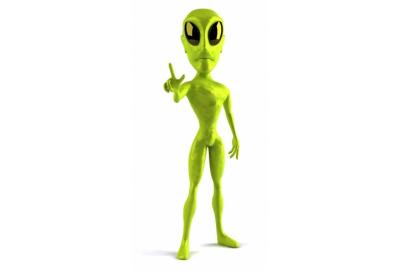 Mark, I’ve read a couple of your posts and it seems to me there are a lot of people out there that are looking for salt-free water softener/conditioner.  I’ve looked at Easy Water and had a response from a representative.  I feel that Easy Water doesn’t work as it is more or less a gimmick.  On the other hand, Pelican™* NaturSoft (was looking at combo series) seems plausible but according to what you’ve mentioned in your posts it doesn’t do what the web site stated.  The representative I spoke with indicated that the hardness number will not change after the system is installed (which would be a fact) and the minerals would still be present but crystallized so I don’t get the hard water side effects.  Does that mean I’d use less soap, etc?  And how long would the minerals remain crystallized?  Also, the web site indicated that the build up (scale) in the copper pipes will eventually be removed after the system is installed and apparently with water softener the existing scale doesn’t go away and it simply slows down the scale build-up. Granted, it’s very difficult decision to make and I certainly don’t want to make an expensive mistake.  A family friend has water softener for years and she mentioned she has Kinetico.  It doesn’t require electricity and, apparently, it is replenished with salt once a year.  I know Kinetico makes quality systems however I heard they are very expensive, perhaps overpriced.  I’m not entirely sold on the idea of the soapy feeling.  I’m guessing I need some more answers before I make a decision.  I know I do have hard water and I don’t recall the numbers when I had a local company come by to test the water and tried to sell me water softener.  When I told the salesman that I will think about it and almost on a daily basis I get a call from him asking whether I have made a decision.  He was pretty pushy and I decided to put it off (been a year now) and I know I need a system to treat hard water and prolong appliances that are only a few years old as well as filtered water at every tap.  Not to mention, easier to clean in the bathrooms especially the shower stalls. Thanks for your time. Ethan

------------------------------------------------------------------------------------------------------------------------------------ The Water Doctor replied: Ethan, I have been getting this question quite a lot, and so I have decided to re-visit this issue in this blog.   The two companies you mentioned (Easy Water and Pelican™) are the two main companies that we get questions about, although there are a multitude of other companies selling similar products.  First of all, I think that it needs to be established that the two companies you mentioned are what I call "One-Trick-Ponies"  and I don't necessarily mean that as a bad thing, I just mean that they basically sell ONE PRODUCT - Salt-Free Water Treatment Systems.  Oh, they may say that they have a few other products, but they essentially have one product which they "push."  That is the biggest difference between US Water and these companies - we have the largest selection of water treatment products on the planet BECAUSE THERE IS NO ONE TECHNOLOGY WHICH SOLVES EVERY WATER PROBLEM. Many people say that the Easy Water system, and systems like them do not work.  That is not my position - I think there is some validity to the technology, however it does not work like they insinuate, and now we have proof! First of all, the technology behind Easy Water is Electromagnetic or Radio Frequency (RF).  Electromagnetic Technology (ET) consists of a wire wrapped around the water pipe that transmits electronic frequencies (a magnetic field) and claims to precipitate hardness into aragonite crystal, forming a soft scale as opposed to calcite.  While the exact mechanism is not clear, it is theorized that dissolved oxygen, silica and the carbonate ion may play a role.1 The Pelican™ system uses a process which may be characterized as similar to Template Assisted Crystallization (TAC).  US Water has a product called the Green Wave which utilizes a process substantially the same as TAC, called MEP (Matrix Enabled Particulization) .  Pelican™ uses a similar method.  Filtersorb SP3 and nextScaleStop are also two similar methods or medias.  These methods employ a special surface-treated resin bead to act as a catalytic nucleation site for the conversion and growth of hardness crystals, which are subsequently released and remain in solution without forming scale.1 In a recent study, funded by the Water Research Foundation (which is still on-going and not yet complete), it was found that the TAC Technology reduced scale by 96.4 percent, while the electromagnetic technology only reduced sale by 41.7%.1 By my math, the electromagnetic technology was less than half as effective.  Do you want a product that reduces scale by 96% or 41%?  I think that's an easy answer.  Force fields work in Star Trek, but maybe no so well in water treatment! Assuming that Pelican™ has viable technology (and I am not saying that they do - just assuming so), I have problems with the way they market their products.  On the site where they have their products for sale, they say the following: "The Pelican™ NaturSoft Salt Free Water Softener is the most environmentally conscious hard water softening/conditioning system available."  According to the Water Quality Association (WQA) "softened water"  "is water that contains less than one grain per gallon (gpg) of hardness ions."  Therefore, any device that is effective in reducing the water hardness to less than one gpg is a softener. Conversely, and water treatment device that does not reduce the hardness of the water to less than 1 gpg cannot be called a softener and it dos not produce soft water. Pelican™ says that they have "naturally softened water, without salt" and calls their product a water softener.  It may condition the water, but it absolutely doesn't soften the water by causing it to contain less than 1 gpg hardness ions.  In fact, they go on to say:   "The Pelican™ Natursoft keeps the healthy minerals in the water so you can enjoy naturally softened water." Naturally softened water contains no minerals and they say that they keep the minerals in the water, so the two statements are contradictory and misleading.  Pelican™ may be a water "conditioner" but to call it a water "softener" is extremely misleading to a consumer.  I have tested both Easy Water and Pelican™ and can find no basis for claims that you will use less soaps and detergents or that you will have whiter and brighter clothes.  I know that they have some glowing testimonials, but I wonder if some of the endorsements are by people who have seen these "little green men" as well. Also, when looking at a Pelican™ NaturSoft Combo System, look at the size tanks.  On the carbon tank, they say that theirs is 11" x 57.5" for the 15 GPM Model.  A tank that size holds 1.5 cu/ft of carbon.  Each cubic foot of carbon will successfully treat up to 5 GPM.  Oh, you can get more water than that through it, but it won't be properly de-chlorinated.   They don't have any specifications on their pre-filter but it looks to be a 4.5" x 10" while the Green Wave has a 4.5" x 20"  - Twice the Size! Let's compare the Pelican™ Combo with the US Water Green Wave Plus: You can't expect to properly de-chlorinate and treat 15 GPM with 1.5 cu/ft of carbon. PERIOD!  The Green Wave Plus has a prefilter TWICE THE SIZE, an upflow carbon filter TWICE THE SIZE and costs less.  What do you think makes the most sense?  You can't cheat "contact time" in carbon filtration.  You have to have a properly size tank and the right quantity of carbon.  If not, the water will be wet, but it won't be properly filtered and some contaminants will pass through. Insofar as soft water verses conditioned water, here's a chart as to what each product will do: