What Do Water Filters Remove?

Water filters can be very effective at removing a range of contaminants from water, but what water filters remove actually depends on the type of filter you’re using. There is really no one single water filter that can remove everything from water, but by using a combination of treatment methods, you can have a filtering system that gives you almost nothing but pure water.

There are two main ways in which water filters work: physical filtration and active or chemical filtration. Most filters actually use a combination of these two methods – an “active” filter changes the contaminant in some way, then physically filters it out of the water. By using a combination of these types of filters, along with one or more other treatment methods, you can remove nearly everything from your water.

Most purely physical water filters remove dirt, silt, sand, and sediment from your water. These filters are a part of most types of water treatment systems, since large particles can easily damage more delicate water treatment devices like reverse osmosis membranes. You can use a backwashing filter or a cartridge filter to remove sediment, and although each type has a different design, they basically work in the same way: water flows into the filter and through some type of filtering media like filtering sand or pleated polyester. The larger sediment particles cannot pass through the filter, so they get trapped inside. Cleaner water comes out the other side.

To remove chemicals and ions that have been dissolved in your water, you’ll typically need some type of active or chemical filter. The term “chemical filter” is a little misleading, since most of these systems don’t actually add anything to the water – the filtering media has been treated in some way so that, when it’s exposed to certain contaminants in untreated water, causes a change in those contaminants. Once the contaminants have been changed, the filter can usually physically trap and hold them, removing them from the water supply. There are a range of active filter types, from granular activated carbon to bone char to ion exchange, and each method works best for a different water problem.

One of the most common chemicals that people want a water filter to remove is chlorine. Municipal water treatment systems across the U.S. use chlorine and a related chemical, chloramine, as a disinfectant to kill bacteria and other microorganisms. These chemicals are usually very effective as disinfectants, but they can linger in the water supply. Chlorine can make water taste and smell bad, and many people find that it causes skin irritation. Chloramine has similar effects in water, and it can also kill fish and other marine animals. Different types of carbon water filters remove these disinfectants. 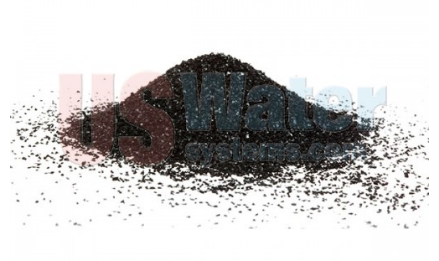 Granular activated carbon (GAC) is one of the most effective ways to remove chlorine from water. GAC is a form of carbon that has been treated so that it has a very high, porous surface area that attracts chlorine and organic compounds. As the untreated water passes through the GAC, chlorine molecules and many other contaminants get caught in the tiny pores, removing them from the water through a process called adsorption.

While GAC is very effective at reducing the amount of chlorine in water, it cannot remove chloramines very well. What water filters remove chloramines? Catalytic carbon. Although similar to GAC, catalytic carbon media is treated so that the electronic structure of its surface is changed, causing it to act as a catalyst. Catalysts are substances that increase the rates of chemical reactions, and in this case, the carbon media speeds up the process by which chloramines decompose, making them easier to remove. This type of filter can also remove chlorine as well as many pesticides, and when combined with an oxidizing agent like hydrogen peroxide, can be part of a system to remove iron, magnesium, and sulfur.

Fluoride, a chemical added to the water supply in many places to help reduce tooth decay, can be a challenge to remove from water. It cannot be removed by GAC or catalytic carbon. The most effective and cost-efficient way to remove fluoride from your water is with a bone char filter or a reverse osmosis system – and a combination of the two often works best.

Bone char is a special type of activated carbon that is made from carefully selected and cleaned animal bones. Most animal bones contain a large amount of a compound called hydroxylapatite. This is a special form of calcium apatite that is especially attractive to fluoride. When bone char is exposed to water that contains fluoride, the filter exchanges the fluoride ions for hydroxide ions, removing them from the water. This type of filter can remove up to 90% of fluoride from drinking water. 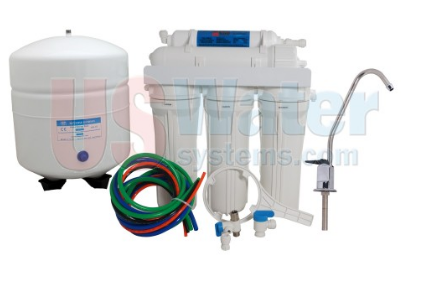 The amount of fluoride in drinking water can also be reduced by using a reverse osmosis system. Reverse osmosis (RO) pushes water though a special membrane with very tiny pores that block nearly everything but pure water from passing through. Like bone char filters, RO is typically considered to remove about 90% of fluoride. A combination of RO and bone char may be your most effective treatment method.

Water Filters to Remove Pesticides and Other Chemicals

Because of its effectiveness at removing organic compounds, a GAC filter is one of the best water filters to remove pesticides and other chemicals. Catalytic carbon, a type of activated carbon, is also effective. These filters attract and hold a wide range of chemicals, including many pesticides, volatile organic compounds (VOCs), arsenic, and sediment.

While carbon filters are usually very good at removing organic compounds, they aren’t great at dealing with many types of metals. Iron and manganese – a mineral often found in water that contains iron – can be removed with an oxidizing filter. When these minerals are oxidized, they become solidified in the water and can more easily be filtered out. Sulfur can often be reduced in water using a GAC filter, but an oxidizing media is often more effective. In many cases, you’ll find iron filters that are designed to remove iron, manganese, and sulfur from your water.

Technically speaking, if you want to remove hardness from your water, you’d want a water softener, not a water filter. Rather than filtering out the hardness minerals of calcium and magnesium, a water softener exchanges them for sodium ions. This is what makes your water soft and eliminates limescale and other problems.

Other Types of Water Treatment

In addition to traditional water filters, there are other water treatment methods that can be very effective at removing unwanted contaminants from your water. Reverse osmosis, which can be used for fluoride removal, can also block many other contaminants from your water supply. An RO system is most effective when paired with sediment and carbon filters, however, as they can remove solids, chlorine, and other pollutants that could damage the RO membrane.

Ultraviolet disinfection systems are often used to treat water that contains bacteria, cysts, and other microorganisms. UV is a form of light that is deadly to many infectious agents, and it adds no harmful chemicals to the water.

When ultrapure water is needed, deionization (DI) filters may be used. What do DI water filters remove? Nearly everything. Contaminants in water are usually in ion form, which means that they have a positive or negative charge. DI filters use a combination of ion exchange media – one to attract positive ions and one to attract negative ions – to pull all contaminants out and replace them with hydrogen and hydroxyl. When combined, these two components form pure water. Deionization systems can be expensive to maintain, so they are usually only used in situations where high purity water is required, such as in medical facilities or scientific laboratories.