Radon is a dangerous, naturally occurring gas that can cause lung cancer. Because it's produced in the soil, this radioactive gas can sometimes be found in the air in homes and other buildings, as well as drinking water from underground sources, like that which comes from private wells. If you get your water from a well, it's important to have it tested regularly for radon and other possible contaminants. There are a number of ways to remove the radon in water, and the Certified Water Specialists at US Water Systems can help.

Filter By
FILTER BY
Manufacturer 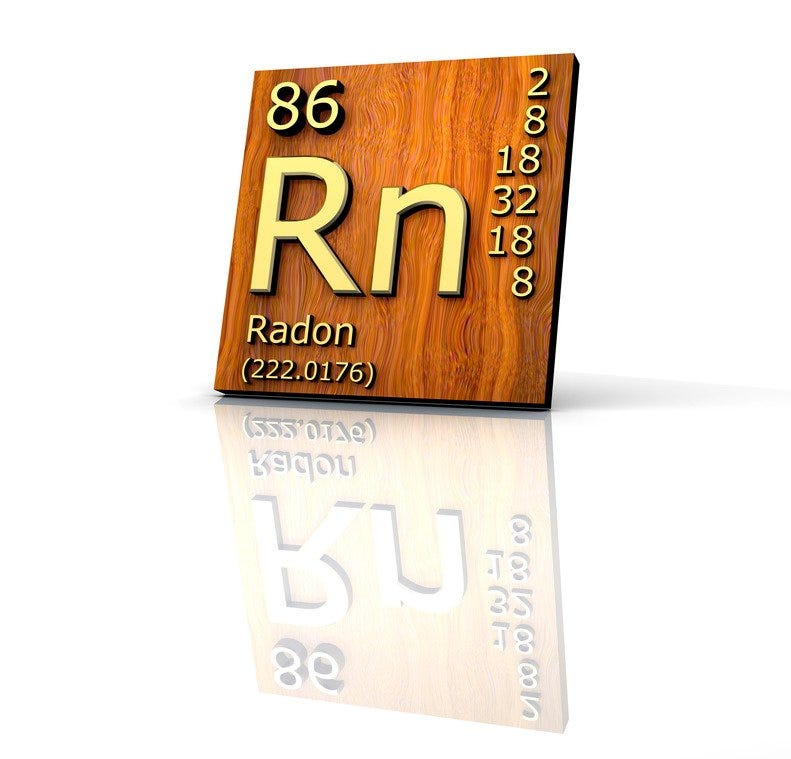 Radon is a radioactive gas that has no color, odor, or taste. It is found naturally in the soil in some places, and comes from the breakdown of uranium found naturally in the ground. As this element breaks down, radon gas forms and can easily seep into the air in homes, offices, schools, and any other type of building. In addition, radon gas can dissolve into underground water sources, such as wells, and accumulate there. The gas is released when you use the water, whether for showering, washing dishes, or some other purpose, although it can also be consumed when you drink it.

Yes, radon is dangerous. Radon gas in the air has been directly linked to lung cancer, and about 20, 000 deaths a year in the U.S. are caused by breathing it in. Radon in drinking water that is ingested is believed to increase the risk of several different types of cancer, including stomach cancer. The EPA estimates that about 168 deaths a year can be attributed to radon in water.

One of the reasons that radon in water is so dangerous is that the gas decays into radioactive particles that can get trapped in your lungs when you breathe it. As they break down further, these particles release small bursts of energy that can damage lung tissue and increase your chances of developing lung cancer. While not everyone exposed to high levels of radon in the air will develop lung cancer, it is the second leading cause of this type of cancer, behind smoking. 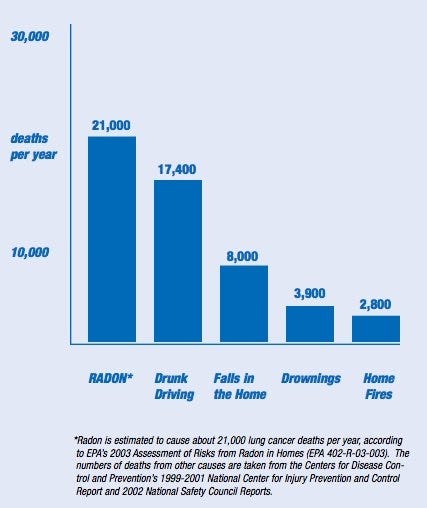 What Levels of Radon Are Safe?

No level of radon in water is considered safe. However, there is currently no federal drinking water standard for radon. The EPA has proposed requirements for radon levels no higher than 4, 000 pCi/L, in states where actions are being taken to mitigate radon in indoor air, and 300 pCi/L in those states without such programs. Although radon water is dangerous, it's not as big of a risk factor as radon in the air.

If you get your water from an underground source, like a private well, you should test the water for radon and implement a radon water mitigation system if needed to reduce your exposure.

How Do I Remove Radon in Water?

The best way to reduce radon levels in water is through aeration, which means exposing the water to air so that the gas can escape. It's important for an aeration radon water mitigation system to vent the gas into the atmosphere outside of the home, where it is no longer a danger. Aerated water should then be treated with carbon filtration. Some people try to use just carbon as a radon water filter, but unless the amount of radon in the water is extremely low, carbon filtration by itself is not completely effective.

At US Water Systems, we recommend that the aeration and carbon be followed by a 5 and 1 micron carbon 4.5" x 20" step-down filtration system and ultraviolet disinfection to assure that any airborne bacteria is killed after the aeration process. Call our Certified Water Specialists at 1-800-608-8792 to find a system that's right for your home.