We all need access to clean water to stay healthy. So what do you do when your water has become contaminated with bacteria, viruses, cysts, or other microorganisms? US Water Systems offers both water testing kits and a number of options for water disinfection to address a wide range of microorganism contaminants, including coliform in water. Call our Certified Water Specialists at 1-800-608-8792 to discuss your water problems and our recommended solutions.

There are a range of microorganisms, including bacteria, protozoa, and viruses, that live and thrive in water. While most people in the United States get their water from a municipal water treatment plant where the water has been disinfected to kill any biological contaminants, private water sources – such as wells – can become contaminated. If you suspect that your water supply, no matter the source, may be contaminated, it's extremely important to have it tested and treated right away. There are many different types of microorganisms in water and may make you very, very sick. One of the most common tests measures the level of coliform in water, which is a strong indicator that the water may be contaminated with other pathogens.

Symptoms: Many waterborne pathogens cause gastrointestinal illness with flu-like symptoms, especially in young people, those with compromised immune systems, or the elderly. Bacteria in water are typically swallowed, which is why many of the disease symptoms start in the stomach or intestines.

Causes: There are a number of ways that disease-causing microorganisms can get into your water. Fecal coliform bacteria, including E. coli are found in high amounts in the intestines and feces of people and animals. Cryptosporidium and giardia protozoa often come from surface water contaminated with the feces of wild animals. These and other microorganisms often get into the water supply through the feces of humans and animals, including cattle and other farm animals, cats and dogs, and wildlife. This material can be washed into storm drains, streams, reservoirs, and other bodies of water, and then may travel into the water system. Leaky pipes and sewer connections, septic tanks that don't work properly, an improperly sealed well, or problems at a water treatment plant can all allow these contaminants to get into your water supply and make you sick.

Health Concerns: Water that contains biological contaminants can be extremely dangerous. While many bacteria in water, such as E. coli, or protozoa like Cryptosporidium parvum, cause flu-like symptoms and gastrointestinal discomfort in otherwise healthy individuals, they can cause serious dehydration and even death in those who are very young, very old, or have compromised immune systems. Other far more serious illnesses can also be spread through contaminated water, including hepatitis, typhoid, dysentery, and cholera, all of which can result in severe illness or even death. 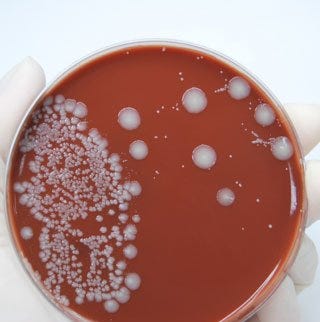 Coliform bacteria are present in the environment and in the feces of all warm-blooded animals and humans. The term actually encompasses multiple different types of bacteria, all of which are grouped together because they have similar characteristics. Most types of bacteria in this group don't cause serious illness, but their presence in drinking water indicates that disease-causing organisms (pathogens) could be in the water system.

Most dangerous protozoa and bacteria in water supplies come from the feces of humans or animals. Testing drinking water for all possible pathogens is complex, time-consuming, and expensive, but it is relatively easy and inexpensive to test for coliform in water. If this type of bacteria are found in a water sample, it's an indicator that the water has been exposed to some type of contamination. Water specialists can then work to find the source of contamination, what pathogens are actually in the water, and restore safe drinking water.

There are three different groups of coliform bacteria; each has a different level of risk: 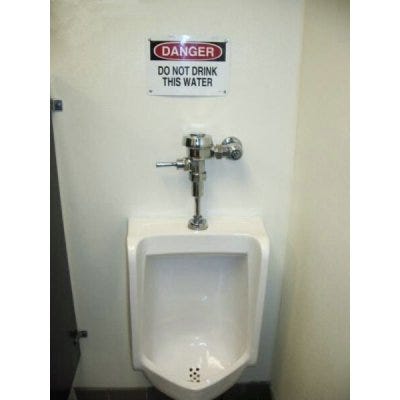 Unlike the photo to the left, it is not always obvious not to drink the water. Coliform bacteria are commonly found in the environment (e.g., soil or vegetation) and are generally harmless. If a water sample indicates that there is coliform in the water but no fecal coliform, the source is probably environmental. If environmental contamination can enter the system, however, there may also be a way for other dangerous pathogens to enter the system. Therefore, it is important to find the source and resolve the problem.

Fecal coliform bacteria are a type of coliform bacteria and get their name because they are commonly found in the intestines and feces of people and animals. If a drinking water sample contains fecal coliform, it's likely that sewage or other fecal matter has recently contaminated the water. This indicates a high risk that pathogens are present.

E. coli is a type of fecal coliform group, and probably the best known. Food and water contaminated by certain types of E. coli have caused disease outbreaks around the country and gotten a lot of media attention. Most E. coli bacteria in water are harmless, but their presence almost always means that there has been recent fecal contamination.

When routine water testing indicates coliform bacteria in water, it's common to collect additional samples and repeat the tests to help determine if there is an actual problem with the water system. Once the tests are confirmed, it's important for the entire water system – whether municipal or private – to be inspected to find the source of the contamination. Leaky pipes, septic tank problems, well mechanical problems, and other system issues can all lead to water bacteria contaminating the water supply. Once the source is identified, it can be repaired or corrected to eliminate the contamination.

After repairs are complete, the system should be flushed and, if you're on a private well, you may need to shock the well with chlorine. This should kill any microorganisms in the water. If there are ongoing or repeated contamination issues, you may want to install a continuous chlorination system.

If you are on a private water supply, we strongly encourage you to protect yourself and your family's health with one of our trusted and reliable disinfection systems. While chlorine is a good choice for seriously contaminated water, there are other easier and more affordable options for routine use.

Additionally, US Water has a complete line of lake and pond water treatment systems that include chlorination and ultraviolet for the treatment of surface waters.

US Water Systems carries a full line of water disinfection systems for home use. If you are not sure what size of which model you might need, don't hesitate to call one of US Water's Certified Water Specialists about how to most effectively treat your water for bacterial contamination. We can be reached 8 AM until 8 PM EDT or 5 AM to 5 PM (PDT) at 800-608-USWA or e-mail us at info@uswatersystems.com.