The Flexx inFusion filter system utilizes the continuous injection of hydrogen peroxide to remove hydrogen sulfide (rotten egg odor) and iron through a process known as oxidation. In use since the 1970s, this technology is still popular because it specifically oxidizes sulfur compounds without producing toxic byproducts. The Flexx inFusion is a residential-grade proportional injection system built with industry leading technology. As proof of that, we've backed it with a full 7-year warranty. 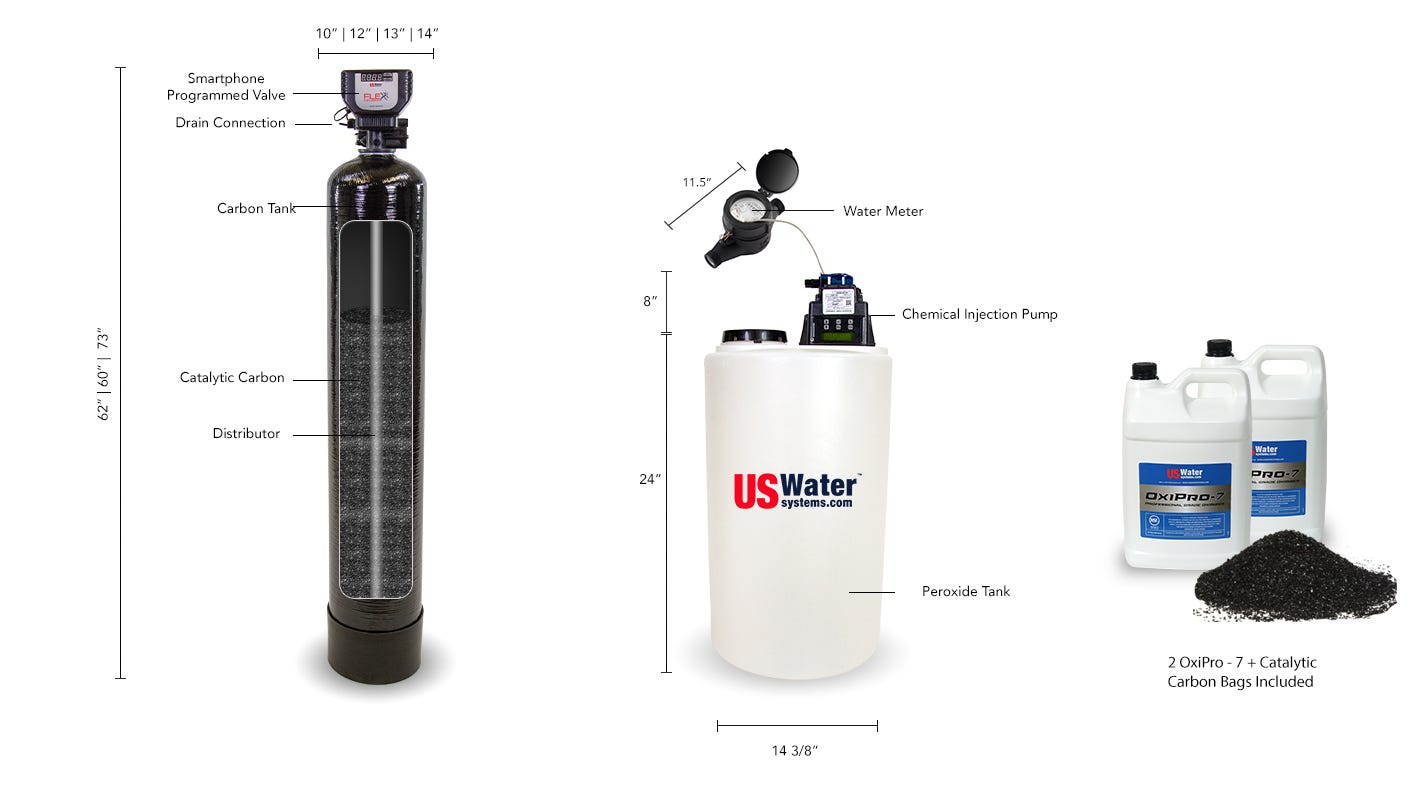 At US Water Systems, we believe that you deserve the best possible product. That’s why we’ve taken a professional grade tank and partnered it with our proprietary smart valve technology. Our smart valve system integrates directly with your smart phone via Bluetooth 5.0. Simply download the free Waterlogix companion app, pair the devices, and you’ll have access to a real time dashboard and settings. The application allows you to set specifications and track and monitor all water usage. 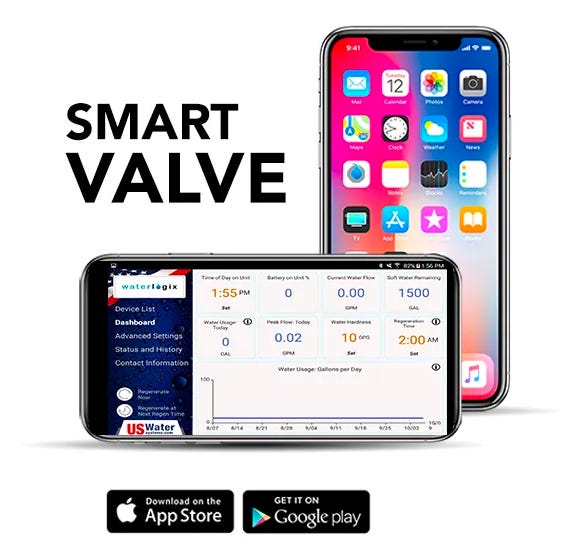 The Flexx inFusion Filter System uses hydrogen peroxide to oxidize iron and hydrogen sulfide by using Catalytic Carbon filtration media in the filtration process. An Automated Backwashing is then performed approximately every two days by the Flex control valve which then cleans the bed. In the most extreme instances,  daily backwashing may be needed.

The Case For Hydrogen Peroxide (H202)

Powerful- H2O2 is one of the most powerful oxidizers; known to be stronger than chlorine, chlorine dioxide, and potassium permanganate. Only fluorine, the hydroxyl radical and ozone are better oxidizers, but all are either deadly poison or cost prohibitive.

Safe- Despite its power, H2O2 is a natural metabolite of many organisms, which decompose the H2O2 they produce into oxygen and water. H2O2 is also formed by the action of sunlight on water a natural purification system for our environment. Consequently, H2O2 has none of the problems of gaseous release or chemical residues that are associated with other chemical oxidants. And since H2O2 is totally miscible with water, it reverts back to hydrogen and oxygen after the reaction is complete.

Versatile- The fact that H2O2 is used for seemingly converse applications proves its versatility. It can treat both easy-to-oxidize pollutants (iron and sulfides) and is lethal to iron, sulfur and manganese.

Selective- H2O2 can be used for such diverse applications due to the different ways in which its power can be selectivity directed. By simply adjusting the conditions of the reaction (e.g., pH, temperature, dose, reaction time, and/or catalyst addition), H2O2 can often be made to oxidize one pollutant over another, or even to favor different oxidation products from the same pollutant. It is a fantastic oxidizer, much better than chlorine and potassium permanganate, and poses no health hazard.

Advantages- Complete elimination of iron and sulfur, regardless of the levels, without the use of dangerous chemicals. Rest assured that it will eliminate iron and sulfur and the rotten-egg odor, even if the water contains iron and sulfur-reducing bacteria. It also has a relatively low cost, using only 20 to 40 gallons of hydrogen peroxide a year for a family of four.