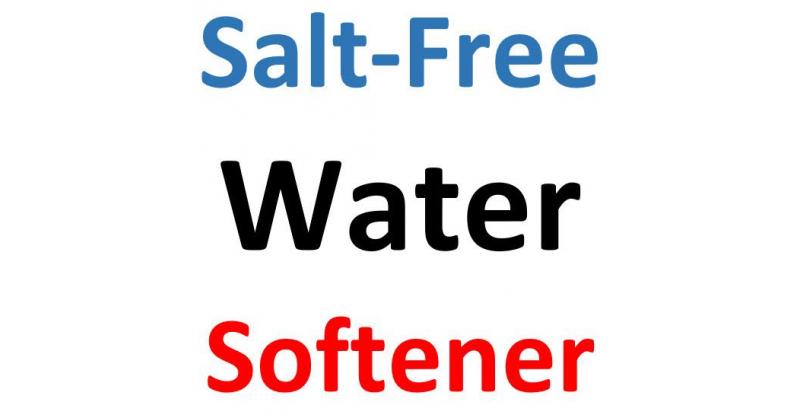 NOTE: This is an UPDATE to the Blog The Hard Truth About Salt-Free Water Softeners written on February 8, 2015.

“water that is free from dissolved salts of such metals as calcium, iron, or magnesium, which form insoluble deposits such as appear as scale in boilers or soap curds in bathtubs and laundry equipment.”

Soft water is made possible by the cation resin in traditional water softeners which uses an ion exchange process to displace calcium and magnesium ions from the water, and replace them with sodium or potassium.

Chuck Wright, who is a chemistry professor at the University of Utah, wrote this in the Scientific American, almost 20 years ago, but the science is still the same:

“A typical water-softening system removes calcium and magnesium ions from hard water and replaces them with sodium ions. Calcium and magnesium ions interfere with the action of household soaps and detergents, but sodium does not. The water-softening process thus helps detergents to more effectively remove dirt and oils from clothing and dishes. It also helps soaps to give a "slippery" feel to your skin when you wash. Most manufacturers of water softeners recommend that you reduce the amount of soap and detergents you use after installing a water softener.”

The level of hardness is measured in grains per gallon (gpg)  or milligrams per liter (mg/l).  Both terms are a measure of weight.

No, they don’t. Salt free water softeners do not work, because there is no such thing.

They are like Santa Claus, the Easter Bunny and Unicorns.  They are nice stories but they are fiction. They simply do not exist.  I think it was back in 2012 or 2013 that I first wrote about this subject in response to a few companies calling their systems “salt-free water softeners” when in fact, they did not soften the water.

Actually, I took a company called Pelican to task about that very issue. To their credit, they did stop calling their products “salt free water softeners” after several years. If you search for them now, you will now find that they do not exist. They are gone…

Most other honest companies have ceased to call products that do not soften the water “water softeners.” Instead they now call them “salt free water conditioners” or “salt free water softener alternatives.” That is perfectly acceptable and not deceptive. A few years ago, the Water Quality Association “WQA” (WQA.org) took a stand against such deceptive and unethical claims, such as claiming to sell a water softener, which, in fact, does not soften the water.

If I asked for a quart of milk, would you give me almond milk or soy milk?  I think we all understand that milk is from a cow, but some people prefer almond or soy milk or are allergic to cow’s milk, which is why “almond”, and “soy” are part of the name.  The words clearly communicate what it is.  Words matter!

A water conditioner “conditions” the water but does not “soften” the water while a softener actually conditions and softens.  The generally accepted meaning of the term “water softener” is a device that removes the hardness to below 1 grain per gallon (gpg).

The plain and customary usage of the word “water softener” is well-established in the English Language and even my 12-year-old granddaughter comprehends that to make water soft, you have to remove the calcium and magnesium.  One of the major differences between a water softener and a water conditioner is that calcium and magnesium reacts with soap and forms “curd” not suds.  This necessitates the use of 50 to 75% more soaps and detergents.

They are just slimy sales companies who feel that the only way they can sell their inferior product is by Lying to you. Of course, my attorneys say I should not call them “liars” because they might sue me.  I would love for them to try that. My attorneys are not water experts, but I am!  The truth is an absolute defense and salt-free water softeners do not exist.  This is simply a lie to get uneducated and unwary customers to buy their products. If you like to be tricked, then by all means buy a “salt-free water softener.”  Personally, I do not like to be tricked!