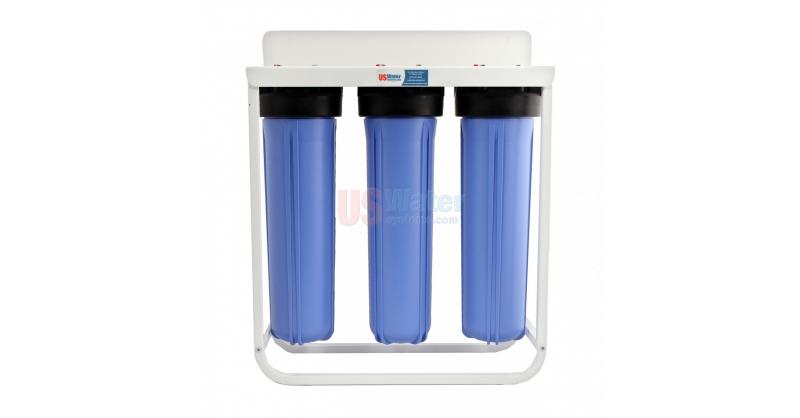 "3 years ago one of our wells on the farm ran dry in the summer months and we had a well drilled near the house to get us going again. I found a local well driller that was able to come over the next day and started drilling. He used a modern drill system and soon was at 285 feet though shale and bed rock. The casing is 6” and 20 feet deep. As a final attempt to get more water he assured me that fracking the well would double or triple the flow rate and storage capacity so I agreed. He had a rig that was able to develop 500psi and pressurized the well for a minute. There was literally air coming up from the ground 120 feet from the well through the shale surface of the ground. They then treated the well and left. We have lots of water but keep getting bouts of bad water tests-total coliform, clear for a day or two then cloudy. I would love to get your thoughts on what you think of the fracking process that was used to increase the well volume, the likely source of total coliform and the cloudy effect and most of all the total system you would recommend to alleviate all these issues for good.

Here are test results for our water taken in the last few days not including the bacterial tests.

Your time and direction in the best path to take is greatly appreciated."

First of all, fracking is a highly controversial method used for re-rejuvenating gas and oil wells.  It is actually called "hydraulic fracturing" which  is the fracturing of rock by a pressurized liquid. Some hydraulic fractures form naturally. Induced hydraulic fracturing or hydrofracturing, commonly known as fracking, is a technique in which typically water is mixed with sand and chemicals, and the mixture is injected at high pressure into a well to create small fractures , along which fluids such as gas, petroleum, uranium solutions, and brine water may migrate to the well. Hydraulic pressure is removed from the well, then small grains of sand or aluminum oxide hold these fractures open once the rock achieves equilibrium. The technique is very common in wells for shale gas, tight gas, tight oil, and coal seam gas and hard rock wells. This well stimulation is usually conducted once in the life of the well and greatly enhances fluid removal and well productivity, but there has been an increasing trend towards multiple hydraulic fracturing as production declines. In Brian's case, his well was not fracked.  In well drilling jargon his well was "blown," because fracking involves liquid not air, as well as sand and chemicals. OK, now that we have that out of the way, what are the advantages and disadvantages of "blowing a well?"  I am of the opinion that blowing a well is necessary when it doesn't produce enough water or is pumping sand or silt.   It is an extraordinary measure that is going to do one of three (3) things: Also, one of three things will happen in relation to water quality: So, it is not possible to predict what will actually happen when you blow a well.  It's better, worse or the same with regard to quantity and quality of water, but it's a chance that you sometimes have to take. In Brian's case, he may have to do what is called "step-down filtration."  I don't know how much water he needs a day, but it may be as simple as one of THESE, with a 5-Micron Filter, 1 Micron Filter followed by a .35 Micron Filter. If a lot of water is needed or the silt, sand and sediment is heavy, it may be necessary to use something heavier such as THIS, with the same filter set-up, only larger. Step-down filtration works wonders on cloudy water.  If that doesn't solve the problem, the only other choice is UF (ultra-filtration), but you still need the step-down filtration ahead of the UL filter. Coliform bacteria is common and can come from any number of sources and can come and go.  If I were on any well, I would use an Ultraviolet (UV) disinfection system regardless of whether I had bacteria or not.  You never know when bacterial intrusion can occur.  UV is always the answer. Additionally, the tests that you referred to are rather basic, so I would advise a more detailed test such as THIS.
January 25, 2014
Comments
heavyzee
I'd love to purchase a stenner pump from you, but based on your inaccurate data represented in this post, i cannot support your company. As an expert in the oil and gas business your representations of what we do and the websites that you promote are not only un-factual, non-scientific, and the only thing highly controversial is the mis-information that you have posted here in an attempt to "educate". There has never been a documented case of hydraulic fracturing causing contamination to ground water, period. Biogenic methane(naturally occurring methane from the breakdown or organic materials)is often naturally found in water wells used for drinking. The chemicals that are injected into the ground, 2 miles down, into the oil and gas reservoir are chemicals that are derived from the oil and gas that are produced. I encourage you to refer your customers to more accurate data such as http://fracfocus.org/ "FracFocus is managed by the Ground Water Protection Council and Interstate Oil and Gas Compact Commission, two organizations whose missions both revolve around conservation and environmental protection. " <strong>The Water Doctor's response:</strong> Y<em>ou probably shouldn't buy anything from us if you fail to comprehend what I wrote in the blog. Is English your main language and do you comprend it? If so, go back and re-read what I wrote. The link you included is avaialble for all to consider. Geeeeezzzzz! WHERE DO WE GET THESE PEOPLE?</em>
Reply
Search The Blog
Categories
TOP SELLING PRODUCTS