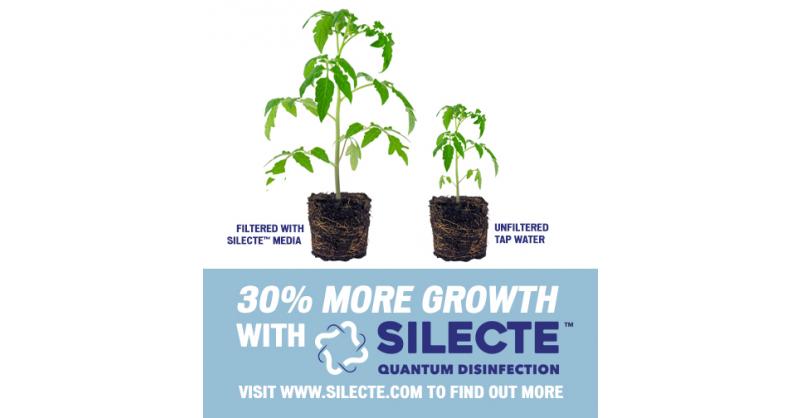 reverse osmosis RO UV Ultraviolet bacteria Troubleshooting Reverse Osmosis Water Treatment filtration Marijuana cannabis
Posted in: Reverse Osmosis, Water for Marijuana Growing, Water Filters, General
By Mark Timmons
6 comments
More from this author
[embed]https://vimeo.com/183015648/0c3f48c5b0[/embed] It used to be that we would get calls from customers who wanted to have good water for a "growing operation" but what they were growing was always a little sketchy.  Of course, they weren't saying... but we pretty much knew they were growing marijuana.  However, these days as marijuana laws relax, we have many calls each week asking things like: "What is the best way to treat my water for growing marijuana?" Now that marijuana has gone "mainstream" I think it's appropriate to discuss how to best treat the water (in States where it is legal, of course).  So, in todays blog, I will address the issues.  No smoke and mirrors - just the facts. Marijuana, or cannabis plants love H2O:  pure water!  However, many contaminants, including bacteria, suspended or dissolved solids, iron, tannin, manganese, sulfur and a number of other contaminants can dramatically affect your crop.  Pure water is actually very hard to find in nature.  The experienced and profitable marijuana grower knows this and understands how important water quality is in producing the best quality product, faster and more profitably. [caption id="attachment_5594" align="alignright" width="233"] 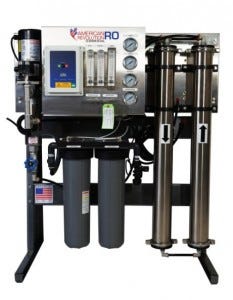 4,000 GPD Reverse Osmosis System[/caption] Depending upon what part of the country your growing operation is in, the water usually contains significant levels of total dissolved solids (TDS).  TDS measures the levels of sodium, calcium, magnesium, chloride, sulfate, carbonate and bicarbonate in the water supply. Some of these minerals are actually good for plants, but again, the wise grower knows that if there are significant amounts of TDS in the water (usually over 150 ppm), it is best to remove the TDS first.  The very successful marijuana growers know that in most cases, reverse osmosis is the best method to treat the water. Reverse Osmosis removes the largest spectrum of contaminants of any water treatment process.  It essentially strips out all the dissolved solids and allows the grower to add back the appropriate amount of certain trace elements like calcium and magnesium as well as other nutrients and fertilizers that are necessary for optimum growth.  Some growers are not fans of reverse osmosis because they remember the “old-style” reverse osmosis systems that wasted up to 6 or 7 gallons of water per gallon made (15% efficient).  However, the new high-efficiency American Revolution Commercial Reverse Osmosis Systems waste 1 gallon for every 4 gallons made (80% efficient). Pre-treatment is vitally important for a reverse osmosis system because hardness and chlorine and chloramine are deleterious to reverse osmosis membranes (i.e., hardness and chlorine and chlorine dramatically decrease the life of any reverse osmosis membrane).  Additionally, there are two other factors to be considered when growing marijuana effectively: pH Adjustment - There are systems designed to maintain the water at a pH below 6.5 (you can actually select the exact level you want). Bacteria Killing – The Silecte Quantum Disinfection System is the method of choice when it comes to killing bacteria.  Ozone, ultraviolet and chlorination are all generally accepted methods, but none offer the bacteria killing effectiveness of Silecte.  Silecte uses no chemicals, adds nothing to the water, doesn’t need electricity and has no carbon footprint.  It kills bacteria at the quantum level and does it better, quicker and deadlier than any other method. See the graphic below comparing Quantum Disinfection to Ultraviolet. 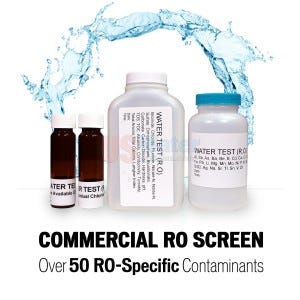 Water Testing - Now, read this carefully, because this is the most important part: It is vitally imperative that a potential marijuana grower obtain a detailed water analysis of their water so supply so that it can be properly treated. Here is what we suggest - A Commercial RO Screen. Once we have that we know exactly how to treat the water and can guarantee the results. 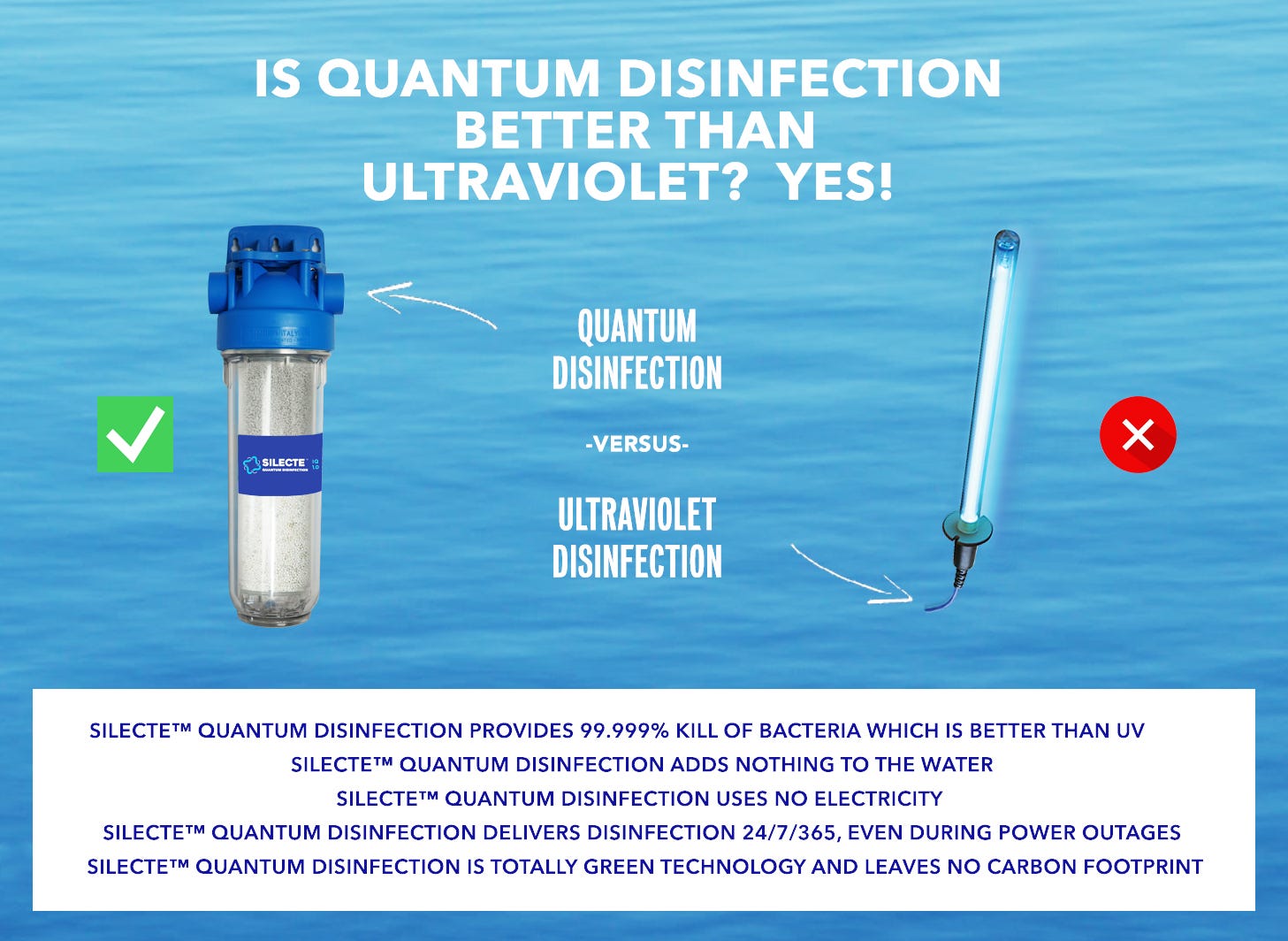 September 23, 2016
Comments
Lance Platter
Looking for a water treatment system for a "grow room" estimate 3,000 - 4,000 gallons of water per month, but need the capacity to fill 300 gallon mix tanks quickly. Source one, treated water, Ph of 8 Source two, water from a pond that is spring fed, might have contaminants from surface run off during rain storms. Water is murky so has a lot of suspended particles. Plan on using the treated water, but would like to be able to use the pond water in case of a draught and the water company imposes restrictions. What is the best type of system, RO, filtration, or? And the price of each.
Reply
Mark Timmons
Lance, We specialize in that. One of our water specialists specializes in growing operation like yours. He will have to ask a few more questions in order to answer your questions. Thanks for asking.
Reply
Matthew
You laugh but I'm a mid-30's male, software engineer, and I garden as much as the old ladies in town. I blame my great-grandmother for instilling a green thumb firmly on my hand. I'm starting to wonder if my well water is causing my house plants more harm than good. I'm going to try watering with my new 5-stage RO system for a while and see if that makes a difference... if so, then I know I wasn't crazy.
Reply
Mark Timmons
I don't know what is in your water, but poor water quality is the enemy of a green thumb.
Reply
Matthew
I should add to my previous comment that I'm not growing marijuana. I forgot what the topic was specifically about... haha. I grow your usual garden variety veggies, along with bonsai and ornamental exotic plants... some of which are very temperamental.
Reply
buy weed online
Thanks :)
Reply
Search The Blog
Categories
TOP SELLING PRODUCTS