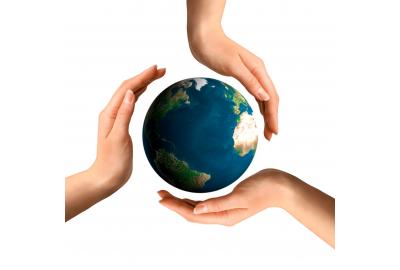 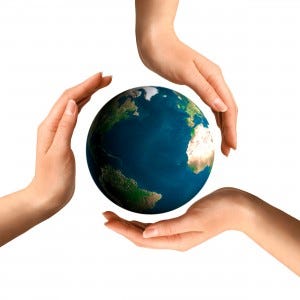 Look, at US Water we sell salt free water water conditioners because (1) there is a big demand for them from the general public who regards salt as evil; (2) some states have banned water softeners; and (3) properly applied, they are excellent scale-prevention devices.  If it sounds to you like salt-regenerated water softeners are soon to be dinosaurs, you need to hold that thought.  It turns out that salt-regenerated water softeners could be one of the greenest technologies on this planet!  Really!   Two new independent studies just released indicate that consumers can cut back dish and laundry detergent use by 50 percent or more, and lower washing machine temperatures from hot to cold just by using softened water.

Here's an exerpt of it from PRNewsWire: The detergent savings studies, conducted by the independent testing firm Scientific Services S/D of New York and funded by the Water Quality Research Foundation (WQRF), reveal that using softened water: The results show that softened water might not only save consumers money but could also be environmentally friendly, Censky said.  They can reduce reliance on polluting fuels because of energy savings and help cut back on harmful detergents going into water streams.  Censky emphasized that these environmental benefits, however, are not quantified in the studies. Researchers used varying levels of hardness and several different name brand detergents in washing machines and dishwashers.  It was found that significant savings was noted for all levels of hardness, even hardness as low as 5 grains per gallon. The laundry study looked at stain removal, putting into the machines from half to the entire amount of manufacturers' recommended levels.  Water hardness ranged from none to 30 gpg, and wash temperature was 60, 80 and 100 degree F.   It was found that using softer water is better at removing stains than increased water temperature or more detergent being used. Notably, softened water with the least amount of detergent and lowest temperature actually provide a higher degree of whiteness compared to increased hardness and both high temperature and large amounts of detergent. This was found to be true for all stains and all the detergents tested. "Better performance and savings can be achieved with softened water," the report's authors conclude.

The benefits of softened water in people's daily lives are significant," said Peter Censky, executive director of the Water Quality Association. "These studies show how consumers can save money and energy by softening their water."

The dishwasher study included tests that removed difficult soils, in addition to evaluating spotting and filming.  Researchers found that softened water using almost 30 percent less detergent cleans as well as water at a 10 gpg (grains per gallon) hardness level.  That detergent savings rises to nearly 70 percent when comparing softened water with water at a 25 gpg level. This detergent savings studies follow research last year that looked at the energy savings that softened water provides when used in water heaters.  According to testing conducted in 2009 by the Battelle Institute gas storage tank household water heaters operated on softened water maintained the original factory efficiency rating over a 15 year lifetime – versus as much as a 48% loss of efficiency in those operated with hard water.  Instantaneous gas water heaters (tankless heaters) operated on softened water maintained the original factory efficiency rating over a 15 year lifetime.  Tank-less water heaters operating on hard water failed after 19 days of testing. While there is no denying that salt-less water conditioners are green in and of themselves, the flip side is that you will use more soaps, detergents, chemicals and conditioners in place of salt.  Is that worse for the environment than salt?  More to come...
March 2, 2011
Comments
Varadaraj
Hi, Thanks for the blog. I am in the midst of evaluating a saltfree system for my community water supply that requires 100kL per day. Though I am not convinced by the effectiveness of this so called Nano conditioner ( there is no way to check the water output quality.), some how the community people are conviced that it is great and would n't listen to scientific knowledge. That is the way the marketing guys can sell probably.
Reply
mark
There is a lot of mis-information out there.
Reply
John Thompson
Mark, you (and others) consider water softeners are "green". Work out their carbon footprint for both the the energy to produce salt (from brine) and the energy used by water companies to supply water for regens. Then consider the carbon used to deliver and store salt. It's like saying electric cars are zero carbon, where does the electricity come from to charge them? Now electronic conditioners are proving so capable, providing they are fitted and located correctly, they have to be the answer to hard water. Plus, they remove existing deposits, unlike a softener. This latter point is important as 80% of all homes will still be here in 2050 when we in the UK have to deliver massive of energy reductions to help halt climate change John Thompson
Reply
mark
John, My point is to demonstrate that water softeners are indeed more "green" than people think. Insofar of your claim that "electronic conditioners are proving so capable..." There is NO CREDIBLE EVIDENCE to suggest that. In fact the latest studies I have seen show them to be in the range of 40% efficiency.
Reply
Search The Blog
Categories
TOP SELLING PRODUCTS
TOP SELLING PRODUCTS