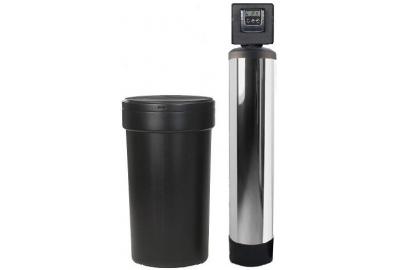 California has been at the forefront of implementing bans on salt-using water softeners. [caption id="attachment_1057" align="alignright" width="177"] 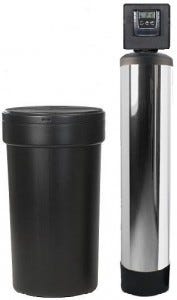 Fusion Salt-Based Water Softener[/caption] Currently, the Inland Empire Utilities Agency, in San Bernardino County, which provides water for  residents in the cities of Chino, Chino Hills, Fontana, Montclair, Ontario and Upland, along with the Cucamonga and Monte Vista water districts is trying to ban water softeners, and whether they will be successful remains to be seen. This blog post is not to address the viability of salt-based water softeners, but rather, to make consumers aware of the feasibility of other technologies for treating water.  First of all, there are several ways that you can soften water: It needs to be noted that the last three methods can be very costly and in fact, depending upon the water quality, they may not actually produce soft water, which is generally considered by most educated people to be water that contains less than one grain per gallon of hardness.  In fact, in cases where the water is incredibly hard, a water softener may also not produce soft water (hardness over 80-100 GPG), but in most circumstances a salt-based water softener will produce softened water at the lowest cost. [caption id="attachment_1058" align="alignright" width="117"]

Green Wave Salt-Free Water Conditioner[/caption] There is no Santa Claus, there is no Easter Bunny and there in no singular device that is an economically practical salt-free or salt-less water softener.  There are "salt-free or salt-less" water conditioners, however.  What's the difference you might ask?  A salt-free water "conditioner" does not remove the hardness minerals from the water supply, but rather, put the hardness minerals into a condition where they will no longer form scale. A true salt-less water conditioner (and I say "true" because there are a lot of pretenders who make claims about being a salt-free water softener, but have no basis in fact) will change the condition of the hardness minerals in the water so that they are inert and unable to form scale.  What is does not do is as important as what it actually does, however. A salt-less water conditioner wil not do the following: Remember, with a no-salt water conditioner, the water hardness is still there and so it will interfere with soaps and form spots.  However, it does a terrific job of preventing scale.  If that's what you want then a salt-free water conditioner might be for you.  At US Water Systems, we are one of the few companies who sells both products.  We just want you to be aware of what you are getting and understand the difference between the two technologies. Watch for our Cyber Holiday Sale, whereby both salt-free conditioners and salt-based water softeners are both on sale.  Know the difference and make your decision with confidence.
November 25, 2011
Comments
Dr Glickman
I just had a 50 gal. water heater replaced and the contractor had a salesman try to sell me on a salt-free softener with carbon filter combo for $5K. They tried to use a lot of scientific verbiage on me; eg., high-frequency proprietary magnetic field, etc. I was not persuaded. They could not explain how hard water flowed through a hermetically sealed device (their product) in a steady state process where no minerals were actually removed resulting in permanantly softer water. There will have to be a 3rd party test lab to certify these salt-free softeners because political pressure and money is pushing for a conversion to salt-free systems.
Reply
Phil Wells
Since your posting in 2013 many IE water authorities have prohibited ion-exchange systems. For example, The Santa Clarita Valley water authority has required all residents there to replace their systems with saltless systems. I am trying to soften my water so it doesn't stick to the shower glass and chrome fixtures. Can I do this without an ion-exchange system?
Reply
Mark Timmons
Nothing will work as well as a softener, but many people are very happy with this: https://www.uswatersystems.com/us-water-limeblaster-salt-free-water-conditioner-25-gpm.html?quantity=1
Reply
Search The Blog
Categories
TOP SELLING PRODUCTS
TOP SELLING PRODUCTS