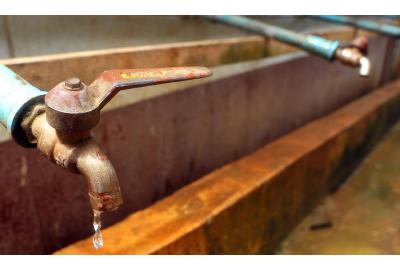 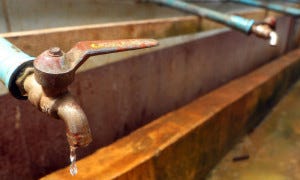 Water scarcity. If you follow the news at all, you've heard that phrase a lot lately. It’s usually followed by a few paragraphs of very scary, "End of Days" prophesying. Usually it’s something to do with an unsustainable model, water wars and a lot of other attention grabbing material. If it’s not the doom and gloom stuff, it’s someone on the other side of the fence yelling that it’s all silly environmental propaganda. I'm not much for yelling; I would make a terrible political talk show host. Here, I’ll try to stay with the facts. Forgive me if I slide a bit into either of these moral absolutes. There was a drought in most of the United States that started in 2012. This drought occurred the same way all droughts do—low snow fall combined with recording-breaking heat waves. The only difference was that this drought had lasted a bit longer than most, and it reached the higher northern states. In fact, this drought carried into Canada. Sadly, the drought isn’t over, just taking a bit of a break. It’s expected to be with us at least until the end of 2013. The problem with a drought of this size (it covered as much as 80% of the country in the summer of 2012) is that it forces us to use ground water aquifers to satisfy our water needs. And the additional problem there is, we’ve already been using those aquifers—in an unsustainable manner—to fulfill our water needs even before the drought. And before you think I'm just bashing on the US of A, this is a problem found almost everywhere. Recently Kenya found two rather large aquifers. Cause for celebration, right? Nope, because even with the additional benefits of those sources, Kenya will still be lacking needed water. And when a country like Kenya is bidding against us for imported water, I think you can guess who is going to win. Well, at least we're going to win in the short term. Ultimately, with most of the world using water in an unsustainable way, water prices will only rise. There’s another issue that recently hit the news stands—a brain-eating amoeba in US drinking water. We’re not talking about a mud puddle here—this is a harmful organism appearing in the cleanest drinking water in the world. We've also had E. Coli scares recently due to the Colorado flood situation. And while it’s scary to consider, all this really means is higher water prices in the long run. People do not like being scared about their tap water.  There will be a huge call to action for stricter regulations and better water treatment. Of course, that will only decrease the available water in the system due to processing, and farther raise the price of our water for extra treatment. As you can see, this problem isn't just an environmental issue.  We all want clean water for our kids to play in and our family to drink. But there’s another motivator here: money. It will cost us more in the future to create clean drinking water due to tougher processing, sustainability issues and a competitive market. If we want to keep our loved ones safe and put a bit of our money back into our wallets, we’re going to need to use a more sustainable approach for acquiring and recycling our water. But that’s a topic for another blog. Stay tuned for part two of this blog, coming soon.
September 25, 2013
Comments
Search The Blog
Categories
TOP SELLING PRODUCTS
TOP SELLING PRODUCTS