Water is Life – Treat it With Care 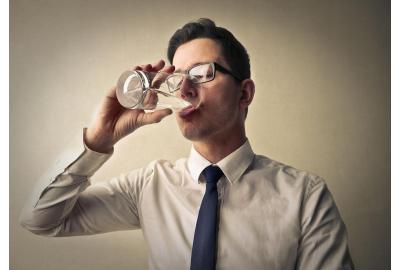 Posted in: Ask a Question
By Mark Timmons
No comments
More from this author

Water is Life – Treat it With Care

There are three things that are vital to human life.  Those are Food, Air, and Water.  How long can we survive without the basics? Every person and situation is different, though the "rule of threes" gets at the desperate nature of what our bodies need: three minutes without oxygen, three days without water, three weeks without food.

It is difficult to say what a person spends a year on food, but statistics show that in 1900, the average American family spent about 40% of their income on food. By 1950, is was down to about 30%, and according to the Bureau of Labor Statistics, in 2013, the average family spent about 10% of its total budget on food. That averages out to about $2,641 per person that is spent on food each year.  To me, that seems low, but… OK. I suspect that people who eat healthier may spend substantially more.  That is a conscious choice

How long can the average person go without eating before starving to death?

There are many different factors that may influence the length of time that the body can last without food, so this period will vary among individuals, but in general, it is likely that a person could survive between 1 and 2 months without food.

How long can you really go without air?

The University of Michigan Transplant Center produced an interesting graphic (pictured at the right), which breaks down what happens when the human brain is deprived of oxygen.  So, if you go three minutes without oxygen, you are likely to have some serious issues.  Maybe that's what happened to me as a kid – seeing how long I could hold my breath underwater (explains a lot, doesn't it?). 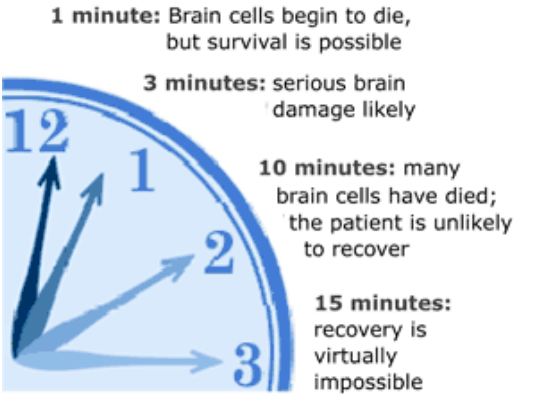 How long can a human really go without water?

Is it really three days? Well, the human body is typically 60 – 70% water, so we need water to survive. The human body needs a lot of water to function correctly, and a person may only survive a few days without it. Many other factors, such as a person's activity levels and their environment, also play an essential role, so there is no absolute way to tell how quickly someone would die from dehydration.

Dehydration happens quickly, causing extreme thirst, fatigue, and ultimately, organ failure and death. A person may go from feeling thirsty and slightly sluggish on the first day with no water to having organ failure by the third.

Dehydration does not affect everyone in the same way. Each person will have a different tolerance level to dehydration and may be able to survive without water for longer or shorter periods than someone else, but go three days without water, and you are probably at the end of the line.

The human body needs lots of water to carry out essential functions, such as balancing internal temperature and keeping cells alive. What a person eats also affects the amount of water they need to drink. As an example, a person who eats water-rich foods, such as fruits, juices, or vegetables, may not need to drink as much water as someone who has been eating grains, bread, and other dry foods.

Additionally, the environmental conditions a person is in will also affect how much water their body uses. A person living in a hot, humid climate will sweat, causing them to lose more water. A person in a climate-controlled environment will not sweat so they will not use as much water.

If a person who has diarrhea or is vomiting has no access to water, they will lose water much faster than someone without these issues. That is why it is vitally important to drink water when you are ill.

In the past few years, we have seen a movement towards eating healthier, but a poor diet with sugar, junk foods, fast foods, and sweets often leads to obesity and other conditions such as high blood pressure, heart disease, and diabetes.  Americans are trying to eat healthier, but it is difficult due to the vast amount of temptation.

In the case of air, many people have realized that indoor air quality is an issue and has electronic air cleaners, HEPA filters, and even ultraviolet and/or ozone systems for their HVAC system.  However, the purpose of this blog is to discuss your water quality, and it's bearing on the quality of their lives.

I am going to suggest that it is no longer prudent to believe that our water supplies are totally safe to drink.  You may think that if you don't live in Flint, Michigan, the odds are your water is fine. The fact of the matter is that from 1982 to 2015, somewhere between 9 million and 45 million Americans got their drinking water from a source that was in violation of the Safe Drinking Water Act, a recent study shows.

According to Newsweek Magazine  in an article published in 2018, the writer, Joan Rose, wrote about the fact that millions of Americans are drinking water that could be dangerous to their health.  She writes of PFOA and PFAS for which there are currently no maximum contaminant levels.  Then there are other contaminants like arsenic, lead, nitrate, Chromium 6, and a plethora of others.  Newsweek ended the article with the following:

"Finally, I believe water providers and regulators should reaffirm their commitment to providing safe water whenever Americans turn on a tap or take a shower. A perfect score may be unattainable today, but even a 1 percent rise in compliance would make numerous Americans' lives safer and healthier. And investments in new water infrastructure can make 99.999 percent compliance achievable."

That all sounds great, but at what cost?  When a water treatment plant must be upgraded to meet the highest standards and the water distribution system has to be replaced because of leaking or lead pipes, who foots the bill? I have heard estimates that if forced to comply with possible new regulations, water bills could rise by as much as 500%.  Ouch!

This begs the question:  Since 99% of all water produced by a municipality is used for things other than drinking, should all water be treated as if it is?  In the interest of full disclosure, you need to know that I am in the Point-of-Use and Point-of-Entry water treatment industry, so I certainly have a financial interest in this.  However, to me, it seems wasteful to treat all water as if were to be consumed.  I am going to suggest that point-of-use and point-of-entry water treatment is a much better and more economical solution.

Now, I am not suggesting that a municipality should distribute contaminated water, but at what level does it make the most sense to treat the water at the point of use, instead of the point of distribution?  OK, here’s my shameless plug:  At US Water Systems, we help people improve their lives everyday with water, such as our new Livation Hydration Technology.