The Truth About Tap Water 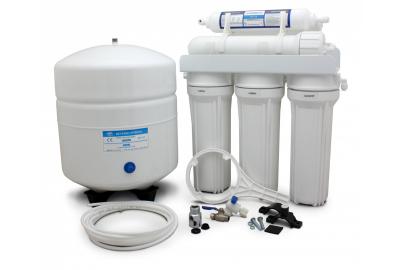 The Truth About Tap Water

Considering that the human body is 70% water by weight, it only makes sense that we should be drinking the purest water possible. When not properly filtered, water can cause disease, which led us to a search for cleaner and safer water. Although U.S. tap water is some of the cleanest on Earth, there are still dangers to be aware of. Microscopic organisms and parasites such as Cryptosporidium, which exist on the surface of water sources, can attack the body’s immune system. Did you know that chlorine in your drinking water can increase your body’s susceptibility to bladder and rectal cancer, skin allergies, asthma and sinusitis? That’s scary stuff! Many people believe that municipal water is clean and safe for drinking, but there are several studies that might make you think twice. The New York Times conducted an investigation which found that American water contributes to rashes, skin burns and eroded tooth enamel, and often was found containing arsenic, lead, barium and other toxic chemicals. Data from the EPA revealed that over the past ten years, one in every five schools investigated violated the Safe Drinking Water Act. Reverse osmosis water filter systems are a treatment process for water which removes environmental contaminants such as dissolved minerals, bacteria, impurities and harmful chlorine. Through this process, water is not only purer but also has an improved taste. So how does reverse osmosis work, anyways? Just as the name says, reverse osmosis is the reverse of osmosis. Osmosis is a naturally occurring phenomenon in nature where a weaker saline solution will tend to migrate to a strong saline solution. An example of this is when a plant root absorbs water from the soil. The weaker saline solution migrates towards the stronger saline solution through a semi-permeable membrane, which is a membrane that allows some molecules or atoms to pass through, but not others. Imagine a screen door as the semi-permeable membrane, which allows air to filter through but not anything larger than the holes in the screen. While osmosis occurs naturally, reverse osmosis needs energy and pressure applied to the more saline solution that is stronger than the naturally-occurring osmotic pressure to push the water through the semi-permeable membrane. This allows the water molecules to pass through but not the majority of the salts, bacteria or other contaminants. To filter water using reverse osmosis, we can use line pressure in residential applications, or we can use a high pressure pump to push the water through, filtering out all of the bad and leaving you with filtered, delicious drinking water. Reverse osmosis is not only used in households but in many common businesses around you, such as the food and beverage industry, manufacturing and the pharmaceutical industry. Common household condiments are even made using reverse osmosis. For example, did you know that maple syrup is distilled using reverse osmosis? If you want to significantly reduce the amount of contaminated water you drink, investing in a reverse osmosis unit is the way to go. No one wants to be drinking arsenic, chlorine, toxins, microbes or debris. Make the switch for a healthier lifestyle.
February 9, 2013
Comments
jenny A badger
If you don't understand what is water quality and water technology it do not make you helpless, if you don't know to compare Safe Drinking Tap Water treatment technology that is helpless for you. compare make you understand which water is the highest quality and benefits to your health and finance.
Reply
Search The Blog
Categories
TOP SELLING PRODUCTS
TOP SELLING PRODUCTS