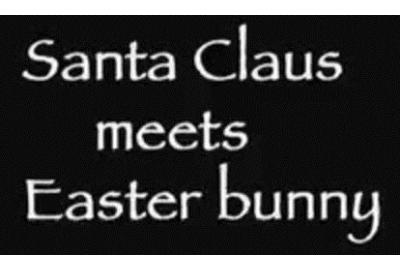 The latest information is that there is still no such thing. End of story! There are salt-free water conditioners, but not salt-free water softeners.  Salt-free water softeners are like Santa Claus and the Easter Bunny - they make a  nice story, but they just aren't real.  Maybe you shouldn't tell you kids just yet though - just let them think that salt free softeners are still real.   By the time they are thirteen or fourteen, they will figure it out. This isn't just a play on words because to be a "water softener" a device needs to reduce the hardness in the water to below 1 grain per gallon (GPG).  If you buy a Green Wave Salt-free system from US Water, you will not have soft water because it does not remove the hardness, it simply puts it into a state whereby it will not form scale in most instances.  So, it does condition the water, but it does not soften it.  Still, there are several companies who sell salt-free water devices and they still  insist upon calling them "salt free water softeners" - companies like Pelican Water, Apec Futura, Aquasana and NuvoH2O.  At best, it is confusing and at the worst it is deceptive. In there English language there are many descriptive words that that are used to describe most things.  This is true of most terms in the water treatment industry.  A purifier purifies the water - if it doesn't, it can't be called a purifier.  A filter does just what it is called and if it doesn't it can't be called that.  So how can a device that conditions the water and does not soften it be called a "water softener"?  A reverse osmosis system can't be called a distiller because it does not distill the water and vice versa.  I know it helps the manufacturer sell their product when they call it a salt-free water softener, but if it is not true, why do you think it is OK to say it? I am appalled when I see this, because at US Water, we go to great lengths to explain the difference between a salt-free conditioner and a salt-using water softener.  When you explain it like that, many people decide against the salt-free system, which is evidently the reason these same companies call then softeners, even though they do not soften.  It confuses me - I wonder what consumers think about the water treatment industry in general as a result. Some of these companies have told me they disagree with my assessment.  Fine, here's your forum.  I'd like for someone to explain to me how on earth it is OK to call something it isn't.   I'd also be happy to debate it on camera. If I'm wrong, you have nothing to lose.  I will commend two competitors:  Watts and next Scale Stop - they both call their products salt-free water conditioners, not softeners.  I applaud their candor.
September 19, 2013
Comments
Amber Pump & Water
Your article about the different between a <a href="http://www.amberpumpandwatertreatment.com/" rel="nofollow">water softener</a> and water conditioner was very enjoyable. Many people don’t know there’s a different between the softener and conditioner. Thanks for sharing.
Reply
Search The Blog
Categories
TOP SELLING PRODUCTS
TOP SELLING PRODUCTS