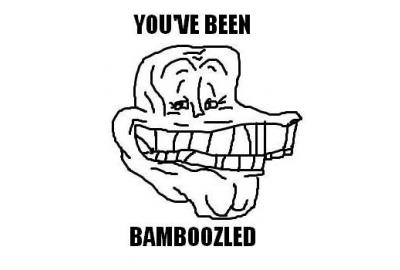 For the record, if you Google “Salt-Free Water Softeners” you will find quite a few companies who say they have them.  Therein lies the deception because they don’t.  Aquasana, Futura, Lifesource, NuvoH2O, Pelican and several others say that they have a salt-free water softener.  The only problem is that they don’t!  Salt free water softeners are fiction.  It is simply not true.  It’s a deception. What would you think, if I sold you a box of Kleenex but delivered a roll of paper towels?  I think you would feel very deceived.  They both are made of paper and you can probably blow your nose on both, but there’s a big difference.  Who would call a paper towel a “Kleenex?”  Probably no one… unless they were trying to deceive you. Here’s what companies who call their salt free systems salt free water softeners know:  If they call them salt free conditioners or systems, they won’t sell as many!  It’s that simple.  By definition, to soften water, you have to remove the hardness to below 1 grain per gallon (gpg).  If you don’t do that, then it’s not a water softener, just the same as paper towel is not a Kleenex. But if they call it a “softener,”  that conjures up soft silky skin, better suds, no spots on silverware and glasses, suds and all of that stuff.  It implies luxury that the word “conditioner” fails to impart.  The only problem is that it is not true.  It’s a deception designed to trick you into buying their systems.  Do you like being tricked?  What do you think of people who try and obtain money from you under false circumstances?  I don’t like it and I doubt that anyone does. Here’s what puzzles me:  If someone were selling papers towels and calling them “Kleenex” do you think a state Attorney General would allow that?  Yet, they allow companies to sell products that are most definitely not water softeners (because they don’t soften water) and call them water softeners.  At the least, it’s deceptive.  I think it’s criminal. At US Water Systems, we sell the Green Wave Salt Free Water Conditioner and if we called it the Green Wave Salt Free Water Softener, we would probably sell 10 times more.  It’s just that we aren’t into tricking people.  We call a water softener a “water softener” because it uses salt and softens the water (by the way, the new softeners use up to 75% less salt), and a conditioner a “conditioner.” Why all the deception by other companies?  It’s all about the money and I can’t stand by and let it happen without telling you that the salt free water softener you think you are buying simply doesn’t do what you think.  A couple of years ago, an executive at one of these companies approached me in person and said “Can’t we just get along?”  To which I said:  “Sure, just tell the truth.” Here’s a video I made several years ago.  It’s as relevant now as it was then. https://www.youtube.com/watch?v=TIlNTy5JsB4
November 1, 2016
Comments
Search The Blog
Categories
TOP SELLING PRODUCTS
TOP SELLING PRODUCTS