Posted in: Iron Removal
By Mark Timmons
6 comments
More from this author 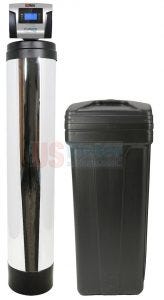 Tannin Removal Softener[/caption] A few months ago, I talked with a customer who wanted to buy a "tannin water softener."  Well, it's really not a water softener - it looks like a water softener, but instead of Cation Exchange Resin like a water softener uses, it utilizes Anion Exchange Resin that is designed to trap tannin.  In case you don't know, tannin is what give tea its' color.  Tannin exists in small pockets in numerous places across the country and is simply caused by decaying vegetation which gives the water a unique yellow or brown color. The discoloration can run from mild to very dark.  In this case, the customer said that it was very dark brown. Here's what I always advise:

Start with the Pulsar Disrupter Filter.  It is a unique filter with a "zeta charge".  That simply means that it has the ability to attract and retain particles like tannin (plus a lot of other things) which effectively removes it from the water supply.  It works in well over 90% of the cases and the filter has to be changed generally every six months to one year.  If it doesn't work, then you simply have to add the "Tannin Removal Softener" and utilize the Pulsar as a "polisher."

However, as I mentioned, in most cases the Pulsar Disrupter will solve the tannin problem by itself.  The tannin removal softener has to be after a good, high-efficiency Cation-Exchange Water Softener because the Anion- [caption id="attachment_6122" align="alignright" width="164"] 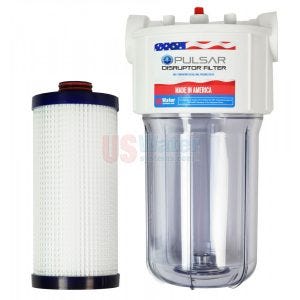 Pulsar Disrupter Filter[/caption] Exchange Tannin Resin cannot tolerate hardness. It also has to regenerate every other day and it uses a good amount of salt.  In other words, unless you just have to use it, you really don't want to. Sometimes it is just necessary to use a tannin softener if there is no other way of doing it, but don't just assume that immediately.  However, I was not sure if the Pulsar would work as the customer said that their water was really, really bad. Weeks went by and I received this e-mail:

Hello: Have to admit we were a bit skeptical but figured we had nothing to lose, so we decided to try the US Water Pulsar Disruptor Filter System and we are now tannin free!  Couldn't be happier!  Thank you so much! I've attached our before and after shots of our test run.  Photos are not retouched. Sincerely, Chris S 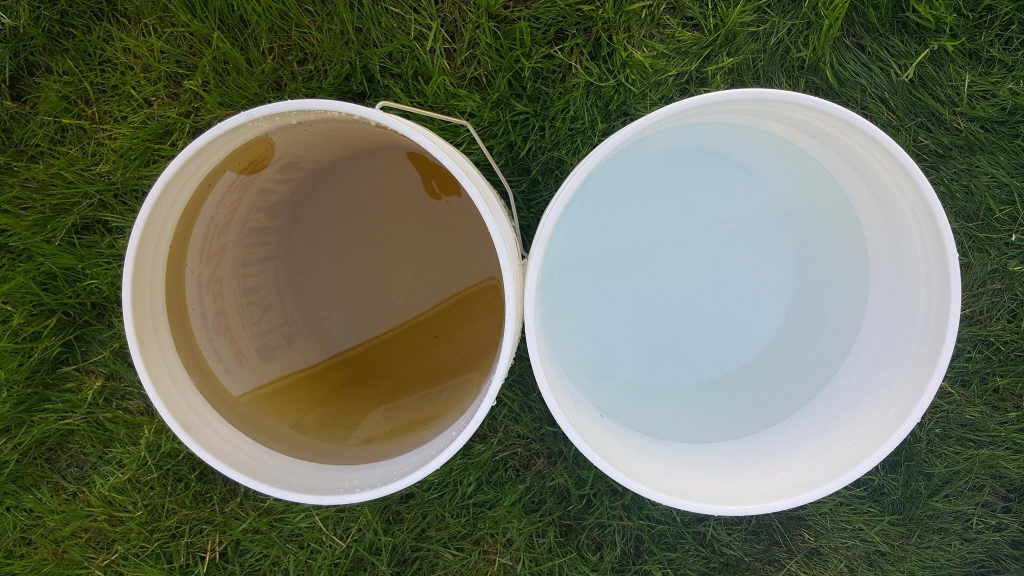 July 23, 2017
Comments
Jan Provence
Do you think this technology will remove colloidal clay?
Reply
Mark Timmons
Yes it will - the question is how long it will last? I have no idea. It's trial and error, but I would be interested in hearing from you if you try it.
Reply
Brian
Does this have any effect on the taste of the water? Or health effects
Reply
Mark Timmons
No change in taste. No health effects.
Reply
Dan
I am currently using a whole house system with a salt conditioner carbon and pre/post filter followed by uv. A few days ago I noticed a yellow tint in my toilet bowl and kitchen sink. The odd thing is that my fridge drinking water filter does not show this yellow tint. I am thinking of replacing my post filter with the Pulsar Disrupter filter first before spending thousands on a complete Tennin system. Your thoughts would be appreciated.
Reply
Mark Timmons
We always suggest proper filtration ahead of the Disrupter, like this: https://www.uswatersystems.com/us-water-systems-disruptor-4-stage-filter-system.html?quantity=1 We find that it is successful in removing tannin when used properly, about 85-90% of the time.
Reply
Search The Blog
Categories
TOP SELLING PRODUCTS
TOP SELLING PRODUCTS