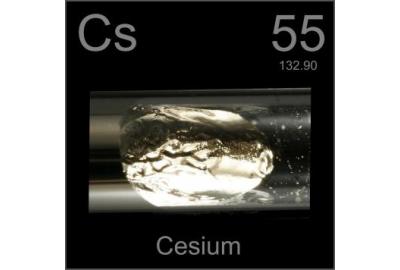 Posted in: Radioactivity
By Mark Timmons
1 comment
More from this author

Since the disaster at the nuclear plant in Japan, we have literally been getting inundated with requests for ways of removing radioactivity from the water.  Recently, we also find out this information, courtesy of The LA Times' Julie Makinen and Kenji Hall: 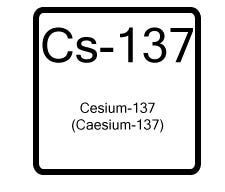 The operator of Japan's crippled Fukushima Daiichi nuclear plant began releasing thousands of tons of radioactive water into the sea Monday evening under an emergency measure approved by the government to make room in storage tanks for far more severely contaminated water. About 10,000 tons of the water to be released was being taken from a communal storage facility near the No. 4 reactor. Another 1,500 tons was being released from near the No. 5 and 6 reactors — which have faced fewer problems than the other reactors. The amount of water being released is equivalent to the contents of more than four Olympic-size swimming pools. The water being released has levels of radioactive iodine-131 at least 100 times the legal limit allowed for sea discharge, but the government approved the release to allow water with 100,000 times more radiation than water found in a normally functioning reactor to be removed from the basement of the turbine building at reactor No. 2 and stored elsewhere at the site.

Now, they go on to say that this poses no threat to humans, but since they have no choice but to release the water, what do you expect them to say?  I don't know about you, but I have concerns about it.   While I am not a "survivalist" who stockpiles food, water, guns , goods and things like that in case of catastrophe and I don't have a "bomb shelter," I am a water expert and know that while not going to extremes, there are ways that you can protect yourself and limit exposure to radioactive nuclear waste. Of course, it would be wise not to consume food, such as fish or vegetables exposed to the radiation, but water you drink, shower and wash your hands in is also a primary route of contamination, if not THE primary route.  What can be done to protect yourself and your family from radioactive elements which can be in your water?  The simple answer is "plenty"!   The first thing that comes to mind is to protect your drinking water, but removing or reducing radioactivity from water you ingest is only the beginning.  Skin absorption, dermal contact and inhalation of radioactive vapor are also major concerns. The good news is that  advanced water water treatment technologies are now capable of reducing or removing radioactivity from both the drinking water and all the water in the household.  Ion exchange, distillation and reverse osmosis are all viable technologies for reducing radioactivity in the water supply.  So, all you have to do is Point, Click and Buy a Radioactivity Removal System?  It's not that simple.  If you have a "super filter" that takes it out, where does it go?  If it gets trapped in the filter, what happens when the filter has trapped a significant amount and the filter becomes a "radioactive hot spot?"  Also, what do you do with the contaminated cartridges?  How do you dispose of them?  Bury them in your neighbors yard? At this juncture, I am comfortable with saying you should have a have reverse osmosis system.  Different types of ion-exchange, including water softening can remove some radioactive elements, but cesium 137 and radioactive iodine behave much differently from uranium, which is easily removed due to it's heavy weight.  There is a lot of work and research that needs to be done in this area - stay tuned!
May 9, 2011
Comments
Dr. Dash Sayala
Ion Exchange method is not going to be an cost-effective or effective method when high volume of salt water with Cs-137 and other radionuclides are involved. There are other better technologies that can be cost-effectively utilized..
Reply
Search The Blog
Categories
TOP SELLING PRODUCTS
TOP SELLING PRODUCTS