Re-Thinking Air Purification in a Pandemic… and Beyond 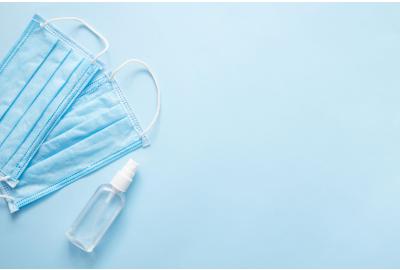 air purification
Posted in: Disinfection
By Mark Timmons
No comments
More from this author

Re-Thinking Air Purification in a Pandemic… and Beyond

Until now, the World Health Organization (WHO) and the Centers for Disease Control (CDC) have stated that the coronavirus can only be spread by one of two methods:

However, according to an article in The LA Times by Richard Read, scientists say that there is a third pathway that plays a large role in the transmission of the virus.  More than 200 scientists from around the world are challenging the official view of how the coronavirus spreads. The LA Times reported:

They say multiple studies demonstrate that particles known as aerosols — microscopic versions of standard respiratory droplets — can hang in the air for long periods and float dozens of feet, making poorly ventilated rooms, buses and other confined spaces dangerous, even when people stay six feet from one another

“We are 100% sure about this,” said Lidia Morawska, a professor of atmospheric sciences and environmental engineering at Queensland University of Technology in Brisbane, Australia.

She makes the case in an open letter to the WHO accusing the United Nations agency of failing to issue appropriate warnings about the risk. A total of 239 researchers from 32 countries signed the letter, which is set to be published next week in a scientific journal.

In interviews, experts said that aerosol transmission appears to be the only way to explain several “super-spreading” events, including the infection of diners at a restaurant in China who sat at separate tables and of choir members in Washington state who took precautions during a rehearsal.

At the onset of the current pandemic, the WHO and CDC said masks were overkill for ordinary people and should be conserved for health workers. Later, the CDC recommended masks only for people with COVID-19 symptoms.

Then in April, after it became clear that people without symptoms could also spread the virus, the CDC suggested face masks for everyone when physical distancing was not possible.  The WHO eventually adopted the same position.

The LA Times went on to say this:

The proponents of aerosol transmission said masks worn correctly would help prevent the escape of exhaled aerosols as well as inhalation of the microscopic particles. But they said the spread could also be reduced by improving ventilation and zapping indoor air with ultraviolet light in ceiling units.

Jose Jimenez, a University of Colorado chemist who signed the letter, said the idea of aerosol transmission should not frighten people. “It’s not like the virus has changed,” he said. “We think the virus has been transmitted this way all along, and knowing about it helps protect us.”

He and other scientists cited several studies supporting the idea that aerosol transmission is a serious threat.

As early as mid-March, a study in the New England Journal of Medicine found that when the virus was suspended in mist under laboratory conditions it remained “viable and infectious” for three hours, which researchers said equated to as much as half an hour in real-world conditions.

It had already been established that some people, known as “super spreaders,” happen to be especially good at exhaling fine material, producing 1,000 times more than others.

A recent study found coronavirus RNA in hallways near hospital rooms of COVID-19 patients. Another raised concerns that aerosols laden with the virus were shed by floor-cleaning equipment and by health workers removing personal protective gear.

Ladies and gentlemen, that is what I call a “game changer” and likely partially explains why nursing homes and hospitals had such high rates of transmission and ultimately high death rates.

If this science is true, then it means that in any building--large, small, and even homes--the transmission of any virus can be slowed down tremendously by proper ventilation.  With plenty of airflow, these aerosols can be “lifted” in the airflow to the return vents in the ceiling and into the plenum where ultraviolet lights can be placed strategically to kill the bacteria before it is recirculated back through the building.

This process involves proper sizing of the UV intensity and can also utilize UV bulbs that produce small amounts of ozone to act as a surface disinfectant in the HVAC system for the added kill of any bacteria or virus.

In the absence of proper airflow, there are also recessed ceiling ultraviolet air sanitizers that have a fan that creates “suction” so that the air is drawn into a disinfection chamber with a number of ultraviolet light bulbs which are designed to kill the bacteria or virus on contact.  Pictured below is a recessed UV disinfection system that is designed to fit into a ceiling tile and operate continuously.

If all things were equal, which restaurant, hospital, bank, doctor's office, church, office, store, or building would you rather be in:  one that did not utilize ultraviolet disinfection with proper air circulation or one the featured an ultraviolet disinfection system that killed aerosolized virus and bacteria in the air?  We all know the answer and I think the general public will end up voting where they want to go with their “feet”; they will go to where they feel the safest. 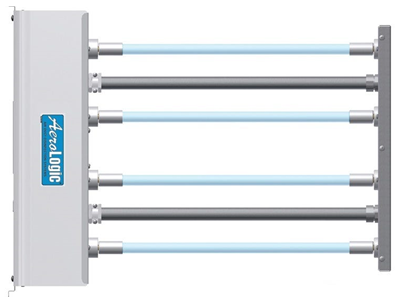 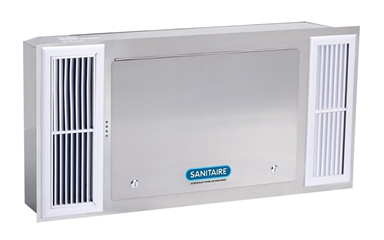