Prozac-Contaminated Drinking Water May Be Link to Autism 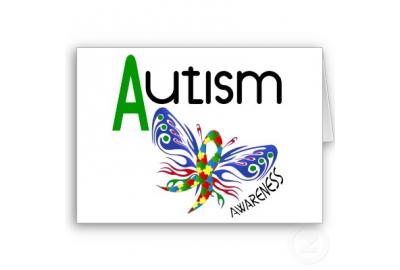 Prozac-Contaminated Drinking Water May Be Link to Autism

Reporter Drew Armstrong of Bloomberg.com today reported that "Fish exposed to psychiatric medicines showed gene patterns similar to those found in people with autism, in a study suggesting a link between drugs that get into the human water supply and the brain development disorder." This is an interesting and possibly eye-opening study that could result in a breakthrough in discovering the causes of autism.  He goes on to state the following:

Researchers put antidepressants Prozac and Effexor, as well as antiseizure drug Tegratol into water tanks of minnows. Tests showed that the same genes turned on in people with autism were also triggered in the fish after exposure, according to a study published in the journal PLoS ONE. The findings suggest that small amounts of psychiatric medications found in the drinking supply may be a cause of autism, the researchers said. Psychiatric drugs have been linked to autism-like symptoms in studies of rats exposed to the medicines, according to the study. “An environmental cause is really not on the radar for a lot of people,” said study author Michael Thomas, a professor of evolutionary biology at Idaho State University in Pocatello, in a telephone interview. “My sincere hope is that this opens the door to a new question and allows people to look into that possibility.” Concentrations of the drugs are found downstream from water treatment plants that process human waste that contains the medicines, Thomas said. The molecules make their way into the supply downstream, where pregnant mothers who drink the water can pass the exposure to their fetuses. “While others have envisioned a causal role for psychotropic drugs in idiopathic autism, we were astonished to find evidence that this might occur at very low dosages, such as those found in aquatic systems,” Thomas said in a statement accompanying the study. Eli Lilly & Co.’s Prozac, Pfizer Inc.’s Effexor and their generic equivalents belong to classes of drugs that generated $14.2 billion in U.S. sales last year, according to data compiled by Wolters Kluwer NV and Bloomberg.

The number of children with autism and related disorders is rising, according to data collected by the U.S. Centers for Disease Control and Prevention in Atlanta. The number of 8-year-olds identified with autism spectrum disorders rose 23 percent in 2008 from 2006, according to a March CDC report. Some of the increase is due to a higher awareness of autism as a cause of behavioral disorders, though how much that contributed to the rise isn’t known, according to the report. Autism includes a range of disorders characterized by social impairment, communication difficulties, and restricted, repetitive patterns of behavior, according to the National Institutes of Health. The study was supported by funding from the PhRMA Foundation, National Institutes of Health and Idaho State University. Another good resource on autism is from The Babble Out.