How to Prevent Scale in Tankless Water Heaters 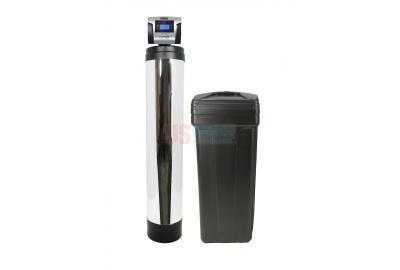 How to Prevent Scale in Tankless Water Heaters

Tankless water heaters are gaining popularity all over the country for a variety reasons, but the Top Two Reasons undoubtedly are (1) saving money on energy; and (2) never running out of hot water.  To me, unlimited hot water is the biggest deal.  If you have several persons in your family, especially teenagers who may take long showers, then you know that the last man (or woman) often gets a cold shower. That doesn’t happen with a tankless water heater. If you decide you want to take a shower at 8 AM and stay in there until lunch, the water will be hot.  You might look like a prune… but the water will stay hot.  What’s not to like about that? The only drawback to a tankless water heater, other than the initial cost, is that they are very sensitive to limescale buildup.  This is a major problem in certain parts of the country and not such a big deal in others.  Here’s the most important thing however:  Even a small amount of limescale buildup will impact the efficiency and economy of any tankless water heater. A sixteenth of an inch build up could end up costing you hundreds of dollars a year in energy costs, and cut the life of the tankless water heater by several years. Limescale forms when water which has a significant amount of hardness is heated, like in a tankless water heater.  A physical reaction occurs whereby the hardness minerals precipitate out and form the hard and destructive limescale. One way to prevent limescale in a tankless water heater is with a water softener.  A water softener removes that hard minerals – calcium and magnesium, from the water so that no limescale can form. Battelle Memorial Institute did a research study on water heating with hard and soft water and concluded, in part:

“Battelle concludes that use of a water softener to reduce the scale forming compounds in water will result in natural gas savings. This natural gas savings will lead to direct economic savings. Because of the need to have the instantaneous water heater delimed or cleaned periodically, the economic savings can lead to recovery of the cost of a water softener and operating supplies in a period as short as months, if the inlet water is sufficiently hard. Further, the lower use of natural gas leads to reductions in the carbon footprint…”

For many years, people have utilized water softeners to prevent scale in water heaters, pipes and appliances.  Added benefits of using a salt-based water softener include the following: However, not all consumers want a water softener that uses salt, even though the new generation of water softeners are up to 75% more efficient on salt.  For example, the Fusion NLT Commercial  Water Softener  uses up to 75% less salt and water. This has caused many marketing companies to develop products that they sell to the unsuspecting public, called “salt-free water softeners.”  They extol their products as new technology that softens the water without salt.  They even say “It softens hard water, but leaves the beneficial minerals.”  That is a contradictory statement – if you leave the beneficial minerals, you do not soften the water.  The only way you can soften the water is by removing the minerals.  End of story.  You can't have it both ways.  Saying that they have a salt-free water softener which leaves the minerals is a physical impossibility – it is also a blatant lie!  A lie that they tell to get people to buy their products. There is no such thing as a “salt-free water softener"!  They do not soften the water. They do not exist.  They are merely a figment of a marketing persons' imagination.  It is physically impossible to soften water while leaving the beneficial minerals. How some of these companies get away with these "lies" is beyond me. Happily, you do not have to have a salt-based water softener to protect your water heater, pipes and appliances, although you will not get the benefit of soap savings and the like.  There are several salt free water conditioners on the market and unlike water softeners which removes the calcium and magnesium, a conditioner attempts to neutralize the limescale.  What I mean by this is that a salt-free conditioner attempts to put the hard minerals in a situation where they will not form limescale.  What we have found it that it is a very "inexact science," and when I use the word "science" I am being kind. What we have found is that fully 25% to 50% of the salt-free systems do not work as promised.  That is an astounding number! Then you need to consider the "lunatic fringe" who are people that believe anything you tell them and endorse it wholeheartedly - that is a monstrous number!  If you factor that in, the reality of the matter is that as few as 25% of the salt-free conditioners work and of course - 100% of the salt-free softeners do not work! So, if you want to prevent limescale in your tankless water heater but don't want to use a salt based water softener, what should you do? Well, you could call the guys who say they have salt-free softeners, when they don't, or you can call the company America trusts to tell them the truth about your water.  If you do, we are going to tell you that while our salt-free conditioner does not soften the water, it does do a tremendous job at preventing and removing existing limescale in water heaters, pipes and appliances. The systems is the US Water Systems Pulsar Limeblaster, which does exactly what it is called - it blasts away the lime scale! The Pulsar Limeblaster is the new revolutionary and economical way to fix hard water. The Pulsar Limeblaster totally prevents limescale on and in appliances, pipes, fixtures - actually everything water touches. Our new Limeblaster System is the new standard by which all salt free water conditioners will ultimately be judged. The new Limeblaster technology effectively "Seals" the plumbing and appliance surfaces so that calcium and magnesium (often called limescale) cannot stick. Additionally, the Limeblaster water treatment method is environmentally friendly, uses no electricity and is 100% safe for drinking water. 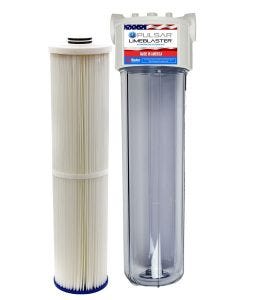