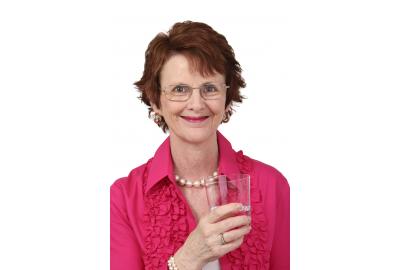 It’s no surprise that water supplies across the nation, from cities to small towns to rural areas, are affected by contaminates and pollutants. Water will always pose threats. In fact, the Environmental Protection Agency has statistics that show the number of cases reported from people who got sick from drinking tap water, as well as stats on affected water supplies. These numbers are extremely alarming, as millions get sick from their water every year. At the end of 2012, I became one of these statistics. I used to buy bottled water, but I ran out and drank my tap water over the weekend.  On Monday, I became ill with abdominal pain and diarrhea. I went to the hospital and learned I had a gastrointestinal illness, so the doctor told me to have my water tested. The tests revealed various contaminants including levels of human pathogens. Two extremely alarming things struck me about this: (1) the city’s water treatment plant failed the people, and (2) when I asked other residents in my building who drink tap water, none of them reported to have fallen ill. Upon more of my probing questions it turned out that they had been drinking the tap water for over 5 years and their bodies could tolerate the contaminants from years of exposure. Nobody should have to tolerate toxins, let alone become acclimated to them. My prompt to research I was horrified at the city’s failure to maintain water quality, and in trying to get the city to reimburse me for my medical bills (no dice), I did my fair share of research—namely I learned about reverse osmosis water and, in an unrelated topic to my illness, I discovered facts about hard water and how water softeners can protect one’s hair and skin. As previously stated, I used to go down to the local “water store” and fill up jugs for fifty cents a pop. However, due to the inconvenience of having to store the jugs, the time it took to make a special trip to get water and the fact that I was lazy over the weekend, I decided to risk it and drink from the tap. Reverse osmosis seemed ideal—you can buy systems that install under the sink where they are completely out of sight. The water passes through a membrane in which contaminants are captured leaving only pure clean water to pass through the pores to reach the glass. When I considered the time, ongoing expense and the storage issues that bottled water threw in my face, it became a no-brainer, so I invested in one. But wait for it Before I purchased my reverse osmosis system, I tested for hard water and sure enough, it was present. My rental lease was up and the poor water conditions were enough for me to move. I found a better apartment unit that used water softeners and after only a week I could notice a difference. My landlord also granted me permission to have a reverse osmosis system installed under my sink and said that when I moved out he would reimburse me for the minimal expense. The difference is night and day Not only has my life become easier from not having to tote bottles back and forth, but I feel significantly better. After a few weeks, I noticed I wasn’t getting headaches anymore; I had more energy and found I could concentrate better. It turned out my in-home reverse osmosis water is even cleaner that the fifty cent water I was buying! Furthermore, bathing without hard water has significantly improved my skin and hair. My hairdresser even noticed an improvement and asked me what new products I started using. My response to him came as quite a surprise when I responded, “oh, it’s called a water softener.”
February 23, 2013
Comments
Lauri
Hi, I currently live in an apt., and do not want to install anything. I am using a pitcher filter system because I can't think of anything more practical while living here. Any recommendations?
Reply
Mark Timmons
That is as good as it gets now, but we will have a new product in 30-45 days. Check back then.
Reply
Search The Blog
Categories
TOP SELLING PRODUCTS
TOP SELLING PRODUCTS