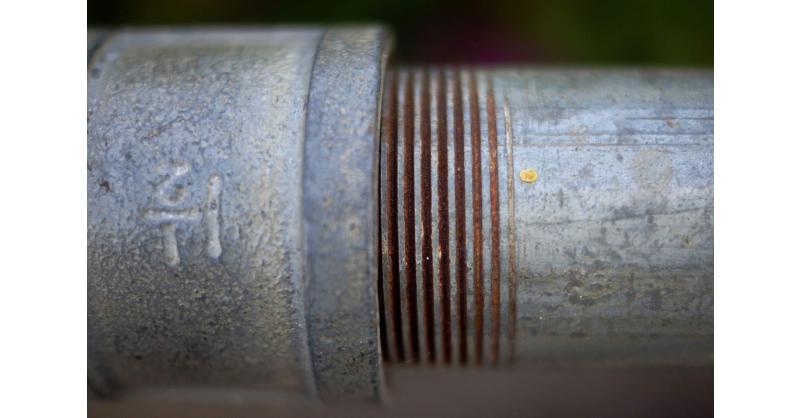 Posted in: Water Testing and Analysis, Ask a Question
By Chris Fields
No comments

Since the early 1800's there have been medical reports on the toxic effects of lead exposure, particularly on the effect it has on children. However, it wasn't until March 29, 1979, that Dr. Herbert Needleman first documented the effects that are caused by the smallest forms of lead exposure. Knowing this, lead pipes were still used in the majority of the houses constructed into the late 1980's. In fact, homes with lead pipes that connect the home to the water main, also known as lead services lines, are typically the most significant source of lead in the water. Lead pipes are more likely to be found in older cities and homes built before 1986. Among homes without lead service lines, the most common problem is with brass or chrome-plated brass faucets and plumbing with lead solder.

It wasn't until 1991 that the EPA was forced to issue a treatment technique regulation for lead in drinking water under The Safe Drinking Water Act (SDWA). But this regulation did nothing to require the removal of lead drinking water pipes. It simply required water utilities to control how corrosive the water was. These measures can often prove ineffective.  Instead of replacing all the lead service lines, the government has attempted to monitor and limit lead contamination in water, principally through the EPA's Lead and Copper Rule. The nearly 30-year-old regulation lays out treatment standards that depend on regular testing at the tap. In fact, when it comes to lead service lines, a new data analysis by APM Reports shows that those pipes may be leaching significantly more lead into Americans' tap water than government monitoring has revealed.

The Safe Drinking Water Act (SDWA) has reduced the maximum allowable lead content -- that is, content that is considered "lead-free" -- to be a weighted average of 0.25 percent calculated across the wetted surfaces of pipes, pipe fittings, plumbing fittings, and fixtures and 0.2 percent for solder and flux. The EPA took it a step further and set the maximum contaminant level goal for lead in drinking water at zero because lead is a toxic metal that can be harmful to human health even at low exposure levels. Lead is persistent, and it can bioaccumulate in the body over time.

However, nothing has been done to remove and replace lead services lines - even more scary is the fact that drinking water remains the only source where we have not taken significant lead removal action over the last 50 years.

The Effects Of Lead Exposure

It's indisputable that there's no safe amount of lead for humans. The toxin is especially dangerous for children; even small amounts can inhibit brain development and intellectual ability. Congress banned the use of lead pipes in 1986 but allowed those already in the ground to remain. Three decades later, an estimated 15 to 22 million Americans still cook with and drink tap water entering their homes through lead pipes, known as "service lines."

No safe level of lead exposure in children has been identified.

Exposure to lead can seriously harm a child’s health and cause well-documented adverse effects such as:

There is also evidence that childhood exposure to lead can cause long-term harm.

Although children are primarily at risk, lead poisoning is also dangerous for adults. Signs and symptoms in adults might include:

How To Test For Lead

The first step in protecting yourself and your family from the dangers of lead is having your water tested. A professional water test provides a detailed insight into the quality of your water supply and may shed light on hidden dangers that may be lurking in your water.

How To Remove Lead From Your Water Supply

There are two main forms of lead found in drinking water, soluble lead (Lead that has been dissolved) and particulate lead (Lead in the form of tiny particulates - about the size of dust specks).  At US Water Systems we recommend removing lead from drinking water in one of two ways, with a reverse osmosis system, or with a specially engineered whole house filter.

As the most cost-effective method, an under-sink reverse osmosis system is a point-of-use system that removes lead and a plethora of other contaminants from your drinking water. These systems have a long history of success with rejecting lead for your tap water.

This is an expensive, but highly effective method for providing lead-free water to every faucet in your home.

Our US Water Systems Pioneer Whole-House Lead, Cyst & PFOA/PFOS Removal System is specifically engineered to remove Lead, Cysts, and PFOA's from your tap water, providing clean water to every faucet in your house at the lowest price possible.

If you are one of the millions of Americans who still have a full set of lead pipes in their home, you may want to consider using a point-of-use filter like an under-sink reverse osmosis system. Otherwise, you will still have lead contamination until you can have your pipes replaced. If you only have a lead access pipe a whole house system will work perfectly.

Have more questions about water treatment? Leave a comment below