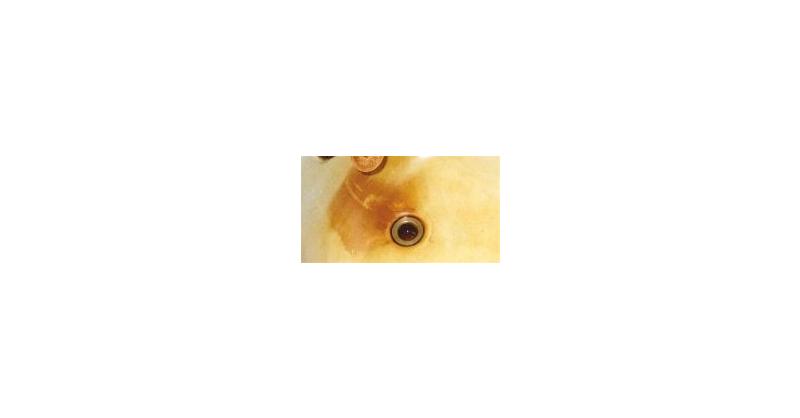 I just got moved into my new house and boy do we have trouble I have hardness of 220 whatever that means, and the iron it says .3 is acceptable I have 1.8 Its been a couple weeks and now there is a terrible egg smelling odor. I am also seeing orange in the toilet and in the shower Soooo with that being said, it sounds like IM gonna have to dump $4000 into a system that I don't have any advice? I see lots of used rainsoft water softeners and such for sale in my area for bout $750 I would sure like to get as efficiently as possible. Also I had slightly high manganese and very very faint trace of arsenic.

The Water Doctor Replied: Jason, I have good news. If you treat your water right, you should have no problems. Assuming your pH is close to 7, I would recommend a hydrogen peroxide system. It will oxidize the iron, manganese and sulfur all in one shot and most likely bind the arsenic to the iron in the process and remove (or greatly reduce) it as well. Then a simple water softener and reverse osmosis system should give you exceptionally good water.

In cases where iron, manganese and sulfur exist (also arsenic), you simply can't beat the hydrogen peroxide system. I don't know how many are in your family or how many baths you have, so I can't tell you the size. Feel free to call if you need help in sizing. Here are the links: Hydrogen Peroxide System Water Softener Reverse Osmosis System
August 2, 2010
126 view(s)
Did you like this post?
0
0
Comments
Jason
I determined the EGG smell to be the ANODE in my hot water heater I have hard water of 220 Iron 1.8 very slight manganese and very very slight arsenic no softeners or treatments yet IF I put a softeners system on or iron remover Will the smell go away? I tried removing the anode but its a ***** to get out and is not recommended by manufacturer but sulfur smell shower sucks bad
Reply
mark
I still would recommend the same thing. Even though you only smell it on the hot water, it is because when the water is heated it releases the gas. Removing the mag rid can help, but not always! The system I recommended would eliminate the problem.
Reply
Marsha DeCosta
Am trying to launch the link to the Hydrogen Peroxide System but the page either no longer exists or link it broken. Do you still carry this product? Thanks! Marsha
Reply
Search The Blog
Categories
TOP SELLING PRODUCTS