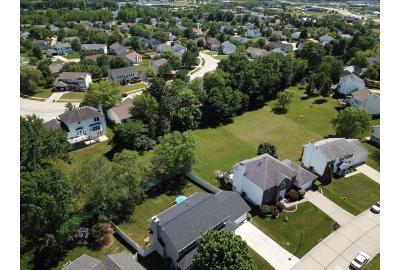 To many families the joy of home ownership is sometimes spoiled when they find out that their "Home Sweet Home" has water that is less than desirable. For the record, that happens to be a pretty high percentage of the homes in the United States. However, no matter what the water problem(s) might be, "Point-of-Entry" water treatment is simply the best solution, whatever the problem(s) might be.

So the "point-of-use water treatment industry" comes to the rescue and supplies the treatment that the family deserves and vitally needs... except for the simple and horrible fact that sometimes a homeowner can't have a system installed simply because the Homebuilder did not have the home plumbed so a system could be installed. The Homebuilder saved maybe a couple hundred bucks by not properly plumbing the home. In fact, I have seen homes where there was no way to shut off the water, except at the meter pit! No place to install a water treatment system that could treat all the water in the home.

Any Homebuilder that does that to a homeowner is ignorant of the problems they cause or simply don't care. I live in Indianapolis, Indiana where everyone needs a water softener due to the high hardness levels. If you don't have a water softener, you are already paying for it with increased soap usage, extra energy spent in heating water and plumbing and appliance repair. I have literally seen hundreds of homes where it was impossible to install a water softener because the Homebuilder simply did not care enough about the Homebuyers to do it. That needs to stop!

The fact is, some Homebuilders use a "soft water or filter bypass" as a profit center. The plumber charges the builder a couple hundred bucks for the bypass and the Homebuilder turns around and adds $1200 to $1500 to that price. Many first time homeowners simply can't afford it and don't purchase the option, only to find out that that they can't install a water treatment system in their home. Well, they could have one installed, but it involves jack-hammering up concrete, tearing up walls and ripping up carpet, simply because a Greedy Homebuilder wanted to put an extra few hundred dollars in their pocket.

I knew of one particular Homebuilder in Indianapolis, Indiana who did that for years... hundreds or maybe thousands of homes and people were horrified to find out they had to live with horrible water. The story had a happy ending in that the Homebuilder in question is now out of business. Well, it is happy for homeowners who are no longer forced to buy homes where the water can't be treated. What goes around, comes around. Water is a basic human necessity and Homebuilders should not play games with such a basic human need.

There should be an accessible place to shut-off the water for the whole house and that is where a water treatment bypass should be installed. Water to the outside hydrants should be on the untreated side, but the kitchen cold side absolutely should be on the treated water as well. For 50+ years, many plumbers and Homebuilders have been plumbing the "kitchen cold water" on a line that bypasses the filtration system and/or softener. How silly is that? This is the 21st century... get with the program.