Here's Why We Tell the Truth About Saltfree Conditioners 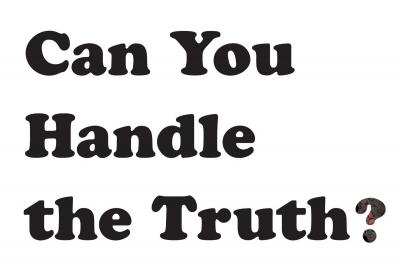 Here's Why We Tell the Truth About Saltfree Conditioners

First of all, we don't call them saltfree water softeners, because they are not!  We do sell saltfree water conditioners - they are called the Green Wave.   They have their place, but we go to great lengths to tell the customer what they will and won't do, and calling them "saltfree water softeners" is criminal in our opinion.  There are several companies out there using technology that is absolutely, positively known NOT TO SOFTEN water and yet they persist in calling their systems "salt-free water softeners."  This doesn't just confuse the customer, but it literally obfuscates the truth.  The truth is that they are not salt free water softeners.  The truth is that they do condition the water, but they do not soften it. I know it is generally accepted that you should not talk about competitors, but I also believe that my obligation to consumers who are unaware that they are not being told the truth by these companies trumps not saying anything.    Salt free water conditioners do certain things but not others.  We just think it is incumbent upon us to tell the truth.  Additionally, truth is an absolute defense against slander.  If what I were saying were not true, I would be guilty of slander.  I stand on the truth.  The truth is that we gets lots of complaints about these other companies.  I have documented too many to count, but yesterday I received this from Jason __________, who wrote about his experience with Pelican:

I personally am very disappointed with Pelican. They have been very misleading and deceitful with me. I have a water hardness level of 26, a TDS level of 1000, and high iron and manganese, along with a chloride content of 400 and extremely high sodium. When it came time to sell me something, they were very helpful. After reviewing my water test, they recommended my setup. I bought and installed everything exactly the way they told me. I installed the following in order: 5 micron sediment filter chlorine injector pump (@ 3 ppm) with 35 gallon storage tank Greensand iron/manganese remover carbon series filter tank NatureSoft salt free water softener The iron and manganese problem did go away. However, the hardness ans TDS are still a major problem. Our shower doors, fixtures, dishes and inside the dishwasher itself are covered in a white film….badly. After not even a month, the filter in our furnace humidifier was pretty much a solid block of salt. My coffee filters look like someone sprinkled kosher salt into them. The white calcium carbonate sediment in my beverage glass after the ice melts looks like someone shaved a pile of skin off the bottom of their calloused foot into my drink! I started calling within a few weeks of installation trying to get help. I used the Lemi-Shine rinse aid they sent me and it does nothing. Every time I called (within the 90 satisfaction guarantee), they told me, “Just give it time, it’s cleaning the scale out of your system.” All the piping supplying their equipment, I installed new at the same time. I have checked various places around the whole house and there is no scale. Now, I call just outside my 90 day guarantee and their story changes. They now tell me that nothing they have to offer can deal with my water conditions and that the only thing that will help me is either RO or distillation. They also tell me I probably shouldn’t be drinking the water. So when I told them to come get their equipment and refund my money, they told me it was too late because the 90 days had expired. I told them they knowingly sold me equipment that would not address my problem and they said, “No, we sold you the best that WE had to offer.” They claimed that I wasn’t specific enough in the results I was looking for to begin with. I’m sorry, but after spending $3,800 on your equipment, at the very least,I expect the results to be drinkable water. I did contact the lab that did the testing (Pelican sold me the test) and they told me that all of my issues were EPA secondary and unless I was on a no sodium diet, posed only asthetic issues, but are not detrimental to my health. And to be honest, the water tastes fine. Their website is misleading calling the NatureSoft a softener at all, and in the FAQ’s right after saying yes it’s a softener they answer the next question no, after installing the NatureSoft salt free softener, the hardness level in your water test will not be reduced. Not exact words, but you get the gist. Also, Pelican is Operated by Enviro Water Solutions, who incidentally has consructed a fake website. When I searched on Yahoo for sites reviewing water softeners, a link to http://www.watersoftenerscompared.com popped up. When I clicked on it, it took me to a site making the Pelican system look like the be all end all in water treatment systems compared to some others. This is a misleading tactic and if you ask me, Pelican is guilty of some serious false advertisement calling this system a softener. Lesson learned. I have been told that our water conditions are worst than most, and everyone up and down our street has similar problems, but they went different routes. I should have gone local from the get go but being new to the area, I didn’t know where to go. I figured everyone would just be looking for a sale. Well, BINGO! So was Pelican.

A gentleman from Pelican once contacted me and asked if we could just get along.  My response was "Sure, just tell the truth!"   I would like to hear from Pelican why they think this kind of misleading marketing is OK!  Tell the truth and we can get along... no problem!
April 14, 2014
Comments
John Manson
Your water is high in salt, it can only be removed by a reverse osmosis unit, period. My water is somewhat similar, but my RO unit has clogged from excess metals (iron, mostly manganese), as I incorrectly set the softener to a lower hardness value based on incorrect water tests done on the well. My lesson was to only take well water tests after the well had run for a period of time to flush out the fresh water that accumulates in the well, particularly during the winter. After using the system for some months, the iron and manganese levels have gone up substantially.
Reply
Carol Bolinger
Two questions; I have the scale build up on glass and faucets in the home. I dont mind the taste of the water. I don't care for the "slimy" feeling of soft water but if it will address the scale I'll deal with it. What type of water conditioning system will fix the problem? If I use a salt system; Im told because of installation issues, it will only go on the hot water. Will that address the scale adequately? Suggestions?thanks
Reply
Mark Timmons
A salt water softener will fix the scaling on the hot water side if that is where you put it. The scaling is greatest on the hot side, and you won't get the slimy feeling because you are only softening the hot water. A salt free system like the Green Wave will also fix it. Maybe you are better with the no-salt solution.
Reply
Search The Blog
Categories
TOP SELLING PRODUCTS
TOP SELLING PRODUCTS