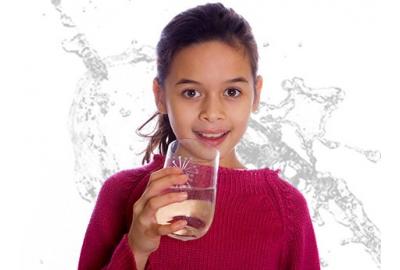 The American Dental Association (ADA) says this on their website:

More than 70 years of scientific research has consistently shown that an optimal level of fluoride in community water is safe and effective in preventing tooth decay by at least 25% in both children and adults. Simply by drinking water, Americans can benefit from fluoride's cavity protection whether they are at home, work or school. The Centers for Disease Control and Prevention named community water fluoridation one of 10 great public health achievements of the 20th century.

So, there you have it.  If the ADA and CDC say it, it must be true. If your mind is already made up, then feel free to stop there.  However, if you have given this issue some thought and wonder how a poison such as fluoride can be deemed "safe" then  read on. Dr. Edward Group wrote this a couple of years ago:

Fluoride is one of the most dangerous health threats in our environment, and its widespread use makes it challenging to avoid. On this website, we regularly discuss the health concerns associated with water fluoridation and believe that the prevalence of fluoride in our water supply is not something to take lightly. Fortunately, many in the health and science fields are working toward change and many of these individuals have voiced their concerns in the new documentary Fluoride: Poison On Tap.

https://www.youtube.com/watch?v=GqstwfKGzPI He goes on to say this:

Many people have been wrongly convinced that fluoride is necessary for dental health. In actuality, fluoride is extremely toxic and fluoride ingestion is one of the most common reasons for calls to Poison Control. The health consequences from fluoride exposure, water or otherwise, can be horrendous…

Here's another short point of view about the dangers of fluoride: https://www.youtube.com/watch?v=H3IjmufPTow As Dr. Group says, mandatory fluoridation has been banned in many countries across the world, including China, Austria, Belgium, Finland, Germany, Denmark, Norway, Sweden, the Netherlands, Hungary, and Japan. Although most of America is lagging, some American communities are realizing it’s the healthier choice and are rejecting water fluoridation. These are just a couple of hundred, most likely, thousands of sources who are violently opposed to fluoridation in water.  This is an issue where both sides are passionate about their positions.  Neither side will give a quarter to the other.  You will have to make your own decision about fluoride - for or against?  Just Google "Dangers of fluoride in drinking water," and make your own decision - don't allow someone else to decide for you.  This is your choice. If you want to leave the fluoride, fine!  If not, US Water Systems has the best method of removing fluoride at the highest levels with the Pulsar Fluoride Filter, which removes more fluoride than any system due to increased prolonged contact.  However, some families just want to remove the fluoride from their drinking water and while there are several ways to do it, I recommend our US Water Systems Cobalt Hyper-Safe RO with enhanced fluoride and chlorine removal.  It's your choice - you decide.  We have the systems to remove fluoride if that is what you decide.

August 8, 2017
Comments
Lorraine
Nice, concise article that pretty much wraps up the main points of an interesting and what appeared to be a very well-researched book I found very informative, and one I highly recommend to anyone who wants all the details: "The Fluoride Deception." The author explains everything he learned about the toxic byproduct of smelting (fluorine) used to make fluoride (if memory serves me correctly), and how it managed to find its way into the hearts and souls of the FDA. I'm not a conspiracy theorist, because I like to follow facts, but sadly, facts are often hard to find. But this book convinced me that fluoride is not something I would ever use/ingest and have never allowed my now grown children to use/ingest in any fashion. Our families' teeth have always been in excellent health, which I attribute to a healthy diet and more than anything else, a solid habit of brushing and flossing daily. It's so sad that so many have been duped into believing their water districts who add this toxin. I have no doubt that it's a toxic byproduct which the makers of need to get rid of somewhere and through the hostile takeover of science, now sell this crap to whoever will, literally "buy" it, and pass it on to those trusting the so-called system.
Reply
Search The Blog
Categories
TOP SELLING PRODUCTS
TOP SELLING PRODUCTS