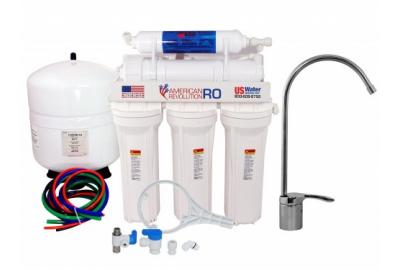 Any consumer who gets their water from a public utility can ask their water provider about the drinking water quality or they can access information on the internet about the water quality. But that begs the question: Can the results be trusted?  Congress held hearing on this every issue last week where Marc Edwards, a Virginia Tech professor said utilities can also rig testing procedures to keep the lead number down. A school superintendent, not from Flint Michigan, but rather from a small school district in Indiana, recently stated this (via The Indianapolis Star):

"I had always assumed that when you purchased water from a utility company that it's safe to drink."

The EPA, Water Treatment Experts and scientists all agree that no level of lead is completely safe, but the EPA has not yet disclosed what amount of lead it considers an acute health risk, and its "action level" for lead in drinking water which is 15 parts per billion (ppb), is not the minimum contaminant (mcl) for what's considered safe. It's simply a regulatory reference point for corrosion control and/or additional testing. At the congressional hearings last week on Flint, Michigan’s water, the EPA received withering criticism for ambiguous rules pertaining to lead and lax oversight. Michigan's governor apologized for his role in the crisis but also placed blame on the EPA, calling its rules on lead "dumb and dangerous." Where does the lead come from?  On municipal water supplies it can come from older pipes which used lead in the pipe itself or lead connections. Many cities have an aging water infrastructure (in some areas, it is over 100 years old) that incorporates lead pipes or joints. Also, most homes that were built before 1986 are the ones most likely to have lead pipes, connections or solder, according to the EPA. Let me cut to the chase – The lead issue in Flint, Michigan is far from an isolated incident.  A USA TODAY NETWORK investigation has found about 2,000 other water systems in all 50 states which have had excessive levels of lead during the past four years.   The USA TODAY NETWORK reported that nearly 200 of these public water systems failed to notify their consumers about the high lead levels and that many were found at schools and day cares. What the USA TODAY NETWORK  found should scare the daylights out of you:

One water sample at a Maine elementary school was 41 times higher while another at a Pennsylvania preschool was 14 times higher. And a sink in a music-room bathroom at Caroline Elementary tested this year at 5,000 ppb of lead, results released by the school system show. That's the cutoff where the EPA labels a substance “hazardous waste.”

It likely won’t do any good to check with your day care or school because less than 10% of them are required to test for lead.  However, the effects of lead upon children is well-documented - lowered IQ, behavior problems and developmental delays, but symptoms don’t show up until dangerous levels of lead have already accumulated. Happily, there is an easy solution to the lead problem.  Let me set the stage:  Day cares and schools spend a great deal of money to entertain and educated children with devices such as TVs, computers and other electronics. Consumers have cable at home, but it doesn’t work without a TV… and most homes have at least one (usually more) Flat Screen TV that costs upwards of $400.00. Families are not shy about spending for electronics, TVs and computers for their children, but many are loathe to spend two or three hundred dollars to insure their children’s health. It’s that simple and that inexpensive.  There are several ways to remove lead, both from the water supply coming to the home, day care or school, but the water treatment process which 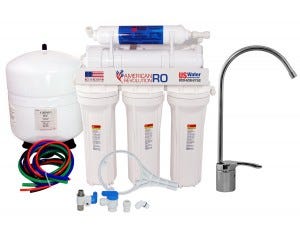 removes the largest spectrum of contaminants is reverse osmosis, which also removes lead.  See, lead is not the last frontier – there are a number of other contaminants that can and will be in the water supply.  The list is too long to enumerate, but reverse osmosis or (RO) substantially removes them all. A reverse osmosis system can be installed under the kitchen sink and also hooked to the icemaker (if a home has one) so that all of the water not only has the lead reduced, but also a plethora of other chemicals.  Come on people – you spend on cable TV and entertainment.  Don’t trust your child’s health to the government – take it upon yourself and give them the safe water they deserve… and while you are at it, tell your day care or school to install the same thing on their drinking or cooking water. If you need a place to get a reverse osmosis system, here’s a good place to start:  https://www.uswatersystems.com/drinking-water/reverse-osmosis-systems
March 19, 2016
Comments
Search The Blog
Categories
TOP SELLING PRODUCTS
TOP SELLING PRODUCTS