Ethics in the Sale of Water Softening Equipment 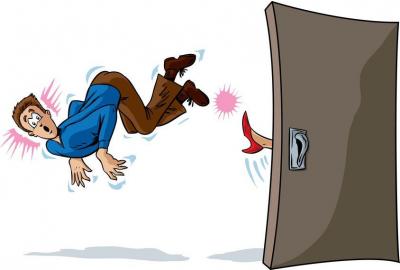 Ethics in the Sale of Water Softening Equipment

January 1, 2020, is a very important date for businesses in the water treatment industry and especially, members of the Water Quality Association ("WQA").  That date is very important because, if a WQA Member Company does not comply with the WQA Code of Ethics, they will be "booted" from the Association.  Maybe "booted" is too a harsh word, but the WQA takes it's Code of Ethics seriously.  For the past 8 or 10 years, several companies have been advertising that they sell Salt-Free Water Softeners.  The problem is that the products they sell, do not soften the water, as defined by the WQA "definitions."

See, that's a problem because it deceives people and causes them to buy a product based upon false information.  This has been a pet peeve of mine for many years and I have blogged extensively about it.  For years, the Water Quality Association did nothing about it, and unscrupulous companies sold products that they called “salt-free water softeners” by the thousands, when in fact, these devices did not soften the water.  Oh, they rationalized that the water "was a little softer" – No it’s not!  Stop rationalizing deceptive business practices.  It gives everyone in the water treatment industry a bad name. It's either a water softener or it isn't. Quit trying to twist the English Language.

It was a little over a year ago that I blogged that It's Time for the WQA to Enforce Their Own Code of Ethics.  I received a call from the Executive Director of the WQA shortly thereafter and was assured that the WQA was going to take action.  Frankly, my response was "Sure, yeah right!"  I did not believe they would take any action, but at the WQA Convention in 2019, it was announced that these companies selling devices that did not soften the water but were called water softeners, would have their WQA Membership canceled.  WOW!  They were serious and I guess I was wrong!  WQA was growing teeth!

It was that same day that the Senior Vice President of North American Water Treatment  for A.O. Smith, the parent company of Aquasana, told me that Aquasana would no longer refer to their products as "salt-free water softeners." That was huge because up until then, Aquasana was one of the leading offenders of this practice. I give A.O. Smith a lot of credit as an honest and reputable company for stepping up and doing this. Aquasana now calls its product a "salt-free water conditioner."  Kudos to them for doing the right thing.

Even Pelican Water has changed its site from America's #1 Salt-Free Water Softeners to AMERICA'S #1 WATER SOFTENER ALTERNATIVE.  However, they have stopped short of eradicating it from their site.  In various places, they still say "natural water softener" and there are other references to "salt-free softening," but it appears they are trying to comply.

There are still several other companies referring to their products as salt-free water softeners that also absolutely do not soften the water such as:

There are quite a few others that are doing this as well, but these are the chief offenders.  Most of them do not claim WQA Membership, so maybe they are just going to continue down the path of trying to deceive consumers into buying their products because they are not worried about being kicked out of the Water Quality Association.

Would you really buy a water treatment product from someone who was not a member of the Water Quality Association?  The WQA is the leading voice of the residential, commercial, industrial and small community water treatment industry, representing more than 2,500 manufacturers, suppliers, and dealers worldwide. They are trying to prevent these deceptive business practices from continuing and adhering to their Code of Ethics is something all water treatment professionals should be concerned about.