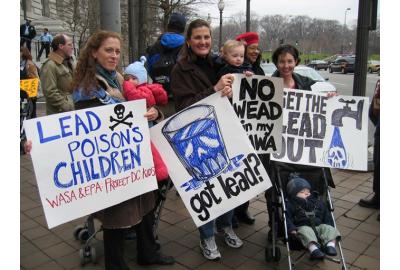 By now, just about everyone who has not been hiding under a rock in America has heard about the lead water problems in Flint, Michigan.  According to the World Health Organization:

Many people want to assign blame, whether it be to the City, the State or Federal Government and I wish them success, but I am here to tell you that this is not an isolated incident.  There are 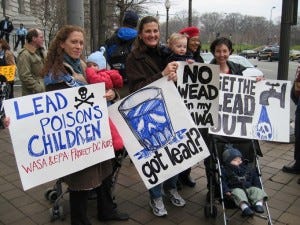 many other cities that have lead problems that have not been publicized or detected.  Consider this information from a variety of media outlets: This list can go on for hours, but you should understand that even if you are on a municipal water supply, do you really believe that you can trust the water?  If you are a millennial, do you really believe that Social Security will be available for your generation?  Maybe it will... but can you count on it? Here's the point:  Are you just going to sit back and wait to see what happens or maybe you want to do something about it now and for the future.  If you want to take control of water right now to protect you and your family from lead there are lots of options.  At US Water Systems, we offer solutions for lead problems in your water that cost as little as $239.00 for a point-of-use drinking water system, such as your kitchen sink.  There are also systems that remove the lead and other chemicals for your whole house.  Then there is reverse osmosis which not only removes lead but also a plethora of other contaminants from the water supply.  In fact, reverse osmosis removes the widest spectrum of contaminants of any water treatment process.  Reverse osmosis is available both as a point-of-use system or a whole house water treatment system. All of the lead removal systems are found on the Lead Removal Water Problems Solutions  page on our Website, and if you are not sure what you need, call one of our Certified Water Specialists at 800-608-8792.  They can help you figure out what is best for your water.