Do You Want Smart Kids or Kids With Good Teeth? 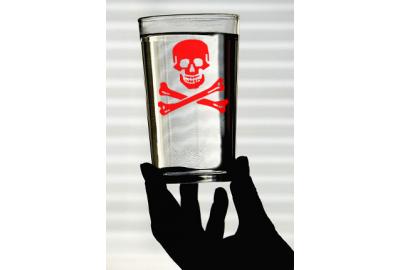 Posted in: Flouride
By Mark Timmons
No comments
More from this author

Do You Want Smart Kids or Kids With Good Teeth?

It seems that you may have to make a choice.  Water Technology Magazine released information today which publishes the results of a new study recently pre-published in Environmental Health Perspectives which strongly suggests that exposure to fluoride may lower children’s intelligence.  In this study, 512 children aged 8-13 years in two Chinese villages were studied and tested — Wamaio with an average of 2.47 mg/L water fluoride and Xinhuai averaging 0.36 mg/L. About 28 percent of the children in the low-fluoride area scored as bright, normal or higher intelligence compared to only 8 percent in the high-fluoride area of Wamaio, the release stated. In the high-fluoride city, 15 percent had scores indicating mental retardation and only 6 percent in the low-fluoride city. “This is the 24th study that has found this association, but this study is stronger than the rest because the authors have controlled for key confounding variables and in addition to correlating lowered IQ with levels of fluoride in the water, the authors found a correlation between lowered IQ and fluoride levels in children’s blood,” said Paul Connett, Ph.D., director of the Fluoride Action Network. “This brings us closer to a cause and effect relationship between fluoride exposure and brain damage in children.” I have always been opposed to fluoride (by the way, my oldest son has NEVER had fluoridated water and has ZERO cavities), and there is much empirical evidence in opposition to the use of fluoride in municipal water supplies, but this takes it to a new level.  Do you want smart kids or kids with good teeth?  By the way, there are numerous studies which demonstrate that fluoride and good teeth are not mutually exclusive, and now you might be forced to choose between smart kids or kids with good teeth?  I am going to suggest that while fluoride may make your kids dumber, drinking fluoridated water doesn't make their teeth better.  Try a fluoride toothpaste or a mouthwash containing fluoride.
December 22, 2010
Comments
Search The Blog
Categories
TOP SELLING PRODUCTS
TOP SELLING PRODUCTS