Do you have pesticides in your water? 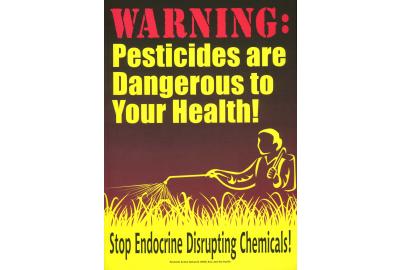 Do you have pesticides in your water?

Under the safe drinking water act which was first passed in 1974, the United States Environmental Protection Agency (USEPA) set levels for pesticides in drinking water and required utilities to monitor these levels.  So, all is safe, peachy and good right?  Well, not quite.  Consider this: I could go on about the dangers of drinking water with pesticides, but the fact that they are  endocrine-disruptors means that even brief contact can cause a host health problems.    Look, the horse is out of the barn and pesticides aren't going away anytime soon.  Even if they were banned today, we would still be dealing with them for years to come. You can focus on stopping pesticides in our society and while that's undoubtedly a good thing, it probably won't happen for a long time due to the sheer monetary power of the chemical lobby.  I have focused on treating the water to rid it of these pesticides and I believe that one technology which incorporates several other technologies is the unquestioned best method for treating your water today... and in the future. That process which utilizes, micron filtration, carbon block filtration, granular activated carbon (GAC) filtration and reverse osmosis is generally referred to as Reverse Osmosis (RO) because that is the backbone of the system.  Reverse osmosis removes the largest spectrum of contaminants than any other water treatment method and coupled with the rest of the technologies incorporated into the system it is the best method to protect your family's water. (Image complements of www.greenplanetethics.com)
October 1, 2013
Comments
Search The Blog
Categories
TOP SELLING PRODUCTS
TOP SELLING PRODUCTS