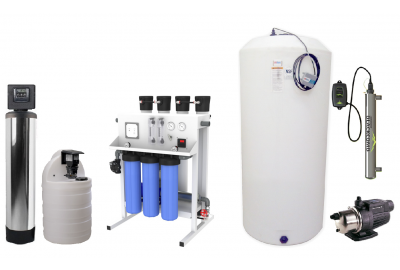 One of the fastest growing segments of the beverage industry is the Craft Beer category.  Consider these statistics from the Brewers Association (which is the voice of Craft Brewers):

It's an exciting growth business and most brewers know that specialized mixtures of hops, yeast, wheat, barley and other ingredients are essential for a good brew, but water is arguably the most critical and least understood of the foundation elements in brewing beer.  This blog is not going to try and tell you how to brew your beer as the mixtures of hops, yeast, barley and wheat are endless in possibilities.  The purpose of this post is simply to emphasize that the best beer starts with the best water.

Water quality varies dramatically across the country.  Some areas of the country have high levels of hardness (calcium and magnesium) in the water while other areas have extremely low levels of these hardness minerals.  Other areas have high levels of iron, manganese, tannin or sulfur while most areas are plagued by varying levels of chlorine, chlorine, polyphosphates, nitrate, arsenic, TCE, PCB, THM, MTBE and a plethora of bad tastes and odors.  In summary, this is stuff that you don't want in your beer and in fact, is detrimental to the brewing process.

A good water treatment systems for a brewery may look like this: 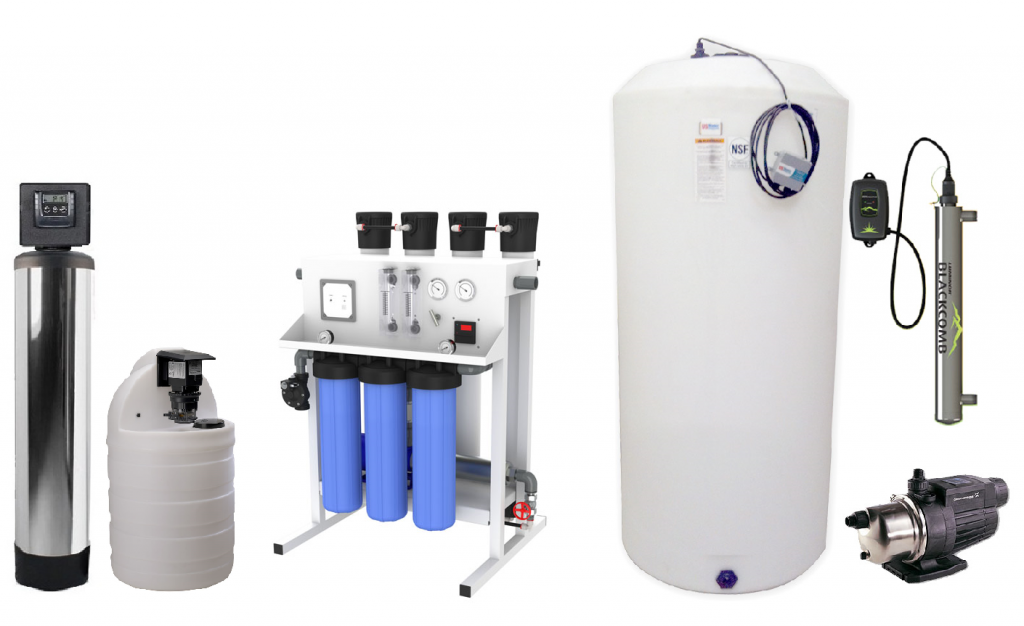 The above photo is one of our most popular configurations for Micro Breweries and Craft Brewers.  It consists of the following (from left to right):

In some cases, a Re-Mineralization Filter is used to add a predetermined amount of total dissolved solids (TDS) back to the water and/or adjust the pH of the water for the beer brewing. Water is the main ingredient of beer.  It only stands to reason that the best beer starts with the best water. To learn more go to our Craft Beer and Beer Brewing Page.
June 22, 2013
Comments
Search The Blog
Categories
TOP SELLING PRODUCTS
TOP SELLING PRODUCTS