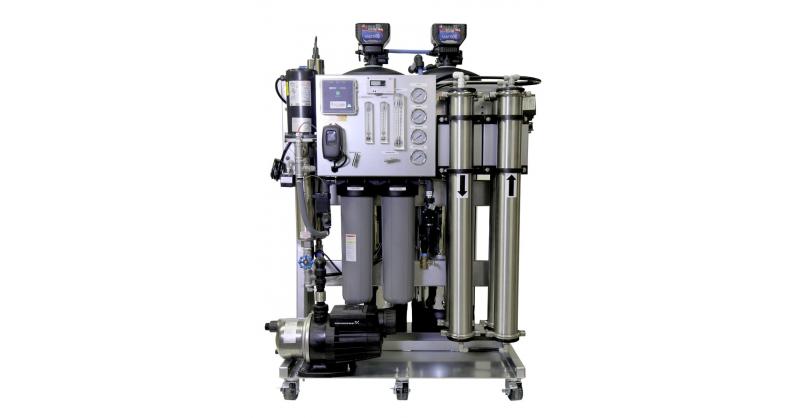 I just came back from the Craft Brewer's Conference called Brew Expo America in Denver, Colorado this past weekend, and while I was extremely excited by all of the craft brewers I met and the quality of prospects that we generated, I was somewhat frustrated at times by some Craft Brewers beliefs about the role water plays in their products. Here's an actual conversation I had with a craft brewer who planned to open a Craft Brewery very soon.

Craft Brewer: "I am looking for some water treatment for my brewery, but I know that I don't need reverse osmosis."

Mark: "Well, we can help you regardless of what treatment you may need, but why do you say that you know you don't need reverse osmosis?"

Craft Brewer: "I really don't have room and the water is pretty good where I am starting my brewery. Besides, reverse osmosis is hard to maintain and wastes a lot of water."

Mark: "Do you have a water analysis report of your water?"

Craft Brewer: "No, but I know it's pretty good."

Mark: "How much money, approximately, are you investing in your brewery?"

Mark: "It sounds like you are spending a fortune on real estate, furnishings and equipment."

Craft Brewer: "But you have to if you want to compete in today's market."

Mark: "I get that... and then you have hops, yeast, malt, barley and all of the other stuff involved in brewing beer."

Craft Brewer: "You got that right, but I think it will be worth it in the long run."

Mark: "Before we go any further, I want to clear up a couple of mis-conceptions: (1) Reverse osmosis used to be wasteful, but now we usually waste just one gallon for every four gallons made; (2) An RO system has a small footprint, so space is not generally an issue; and (3) Our municipal water infrastructures are aging and the water you brew with today can be 30, 40, even 50% different tomorrow. How can you brew the same beer with a water profile that varies so wildly?"

Mark: "Yes, and you can even re-cycle that and use it for any number of uses, like flushing toilets, washing, cleaning and irrigation."

Craft Brewer: "That's something to think about."

Mark: "Here's the really most important thing: Beer is 90% water. It's the number one ingredient in your beer. You are spending $800,000 dollars on your brewery and most likely you look for the best yeast, malt, barley, hops and the like and yet so many brewers neglect their #1 ingredient: Water!"

Craft Brewer: "I guess I never thought of it that way."

Mark: "You have a huge investment in your brewery and I am pretty certain that your bank makes you insure it. In fact, I would not be surprised if your insurance costs more per year than a reverse osmosis system. You have insurance to protect your investment and a reverse osmosis system protects your beer, by allowing you to deliver consistent quality, day-in and day-out."

Craft Brewer: "When you put it that way, I think I do need to consider reverse osmosis. I think I can fit it in the budget."

Five years ago, reverse osmosis systems comprised less than 50% of all craft brewery systems we sold, now, it is 70 to 80% as Craft Beer Brewers see that only the breweries with the best, consistent products... day-after-day, week-after-week, month-after-month and year-over-year survive. If you strip out all the chlorine, chloramine, chemicals, pesticides, fluoride, total dissolved solids and all the unwanted contaminants, you end up being able to build the same water profile, every single time.

There are approximately 1,000 craft breweries that open every year, and we get more than our share of those (it's in the hundreds), but about 200 close every year as well, and I know for a certainty that a high percentage of them do not have adequate water treatment.

Put some life in your beer, with the best quality water you can. We can help you with all your needs and determine if Reverse Osmosis is right for you.

April 15, 2019
Comments
Donnie
Great blog. This would explain why I have had beer from chains like the Ram in one part of the country when the beer tasted pretty good and then when I had it in a location in the midwest the beer didn't taste the same. They must not be using water treatment maybe? I have also noticed this with my coffee from Dunkin Donuts, In the North east it tasted great, in the midwest it's crap. Don't these companies value consistency?
Reply
Mark Timmons
Those are two classic examples of companies who seem not to value water.
Reply
Search The Blog
Categories
TOP SELLING PRODUCTS