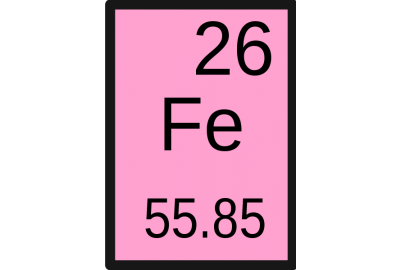 The buzz for iron and sulfur (rotten-egg odor) removal these days seems to be the word "chemical-free."  However, let me remind you that things that sound too good to be true, usually are.  The newest way many water 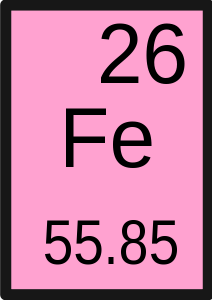 treatment companies are trying to remove iron is with the use of oxygen or air.  They simply use a water softener valve on a backwashing filter, and during the "brine" cycle, instead of drawing "brine," it draws in some big gulps of air.  The oxygen in the air helps oxidize the iron in the water on the surface of a media which contains manganese dioxide, such as Greensand Plus or Birm.   Greensand Plus and Birm contain less than 1% manganese dioxide.  While this is somewhat effective at removing iron, it is not nearly as effective at removing hydrogen sulfide or sulfur.  Actually, I don't consider it very effective at removing iron, because it doesn't seem sustainable. Two problems:  After the system regenerates (backwashes and draws in some air) you may notice "cloudy" water because of massive amounts of air in the water.  When you turn on a faucet of a shower, it may "spit and sputter" and when you flush a toilet, it may "bang" or even blow out the fill tube.  I have tried the air systems and am not a fan.  I believe in sustainability and durability.  In my opinion, the air systems don't offer that. What to do? The ultimate way to remove iron, manganese and sulfur, in my opinion is with Hydrogen Peroxide.  Our company offers the OXi-Gen System which is 100% effective at iron and sulfur removal.  Hydrogen peroxide (H2O2) is hydrogen and oxygen, and doesn't impart anything bad into the water supply.  While technical a "chemical," the fact that it is composed of the elements of water, makes it a desirable choice.  The only drawback to this system is that you have an annual hydrogen peroxide bill (typically $200 to $300 per year).  Beyond that, with a peroxide system you will have 100% eradication of iron and sulfur. Another good way of removing iron (but not sulfur) is with an InFusion Filter.   The InFusion draws in oxygen and uses that oxygen to oxidize the iron and manganese very effectively.  It is not as effective on sulfur.  In fact, I do not recommend it it be used on anything over "trace" amounts of sulfur, even though the manufacturer indicates that it can be used that way.  It will effectively remove massive amounts of iron, but will occasionally need to have chlorine injected ahead of the filter ONLY DURING REGENERATION (backwash).  The chlorine helps keep the media "activated" and prevents the buildup of "iron bacteria." While there is no absolute best way to do most things, if you have a detailed water analysis completed of your water, it becomes much easier to know how and treat it.  Here are some examples of good lab tests: https://www.uswatersystems.com/us-water-lab-water-test.html https://www.uswatersystems.com/us-water-watercheck-with-pesticides-lab-water-test.html With a good lab test, it is easy to predict how effective any type of treatment will be.
December 7, 2010
Comments
John Shaver
Does it require any maintenance. Do I have to change any thing out or add any thing to the product. and how much does it cost to by the system. I have a well and I live out in the country it suplys my home only and runns thrue plastic pipes ( PVC )
Reply
mark
You would use hydrogen peroxide. Here is a link to the systems: https://www.uswatersystems.com/infusion-backwashing-filter-for-iron-sulfur-and-manganese-removal.html
Reply
Jim
H2O2 is a very dangerous chemical compound in high concentrations. I would not want it in my drinking water. To say "it's just hydrogen and oxygen so it can't impart anything bad into the water" is ignoring basic chemistry. That alone discredits this entire web page and the products herein.
Reply
Mark Timmons
Jim, It is true that H2O2 is dangerous in high concentrations, BUT WE ARE NOT USING HIGH CONCENTRATIONS! So why would you say that "saying that discredits this entire webpage and the products therein," if we are not using high concentrations? You can drink too much water and die too, so we shouldn't drink water? I respectfully say that what you just wrote was not every well thought out.
Reply
Search The Blog
Categories
TOP SELLING PRODUCTS
TOP SELLING PRODUCTS