Canadian Water May Not Be So Pristine 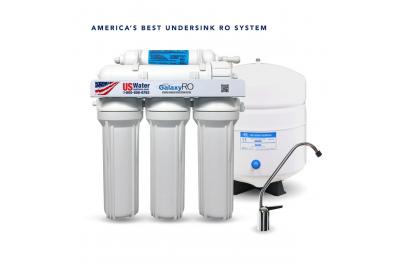 Canadian Water May Not Be So Pristine

When we think of Canada, we think of vast expanses of forests and beautiful lakes and mountain streams. We think of it as a beautiful natural setting... and it is... except when it isn't! It was recently reported by AP Writer Martha Mendoza, that there are high concentrations of lead in the water. In fact, in some areas, the lead level is consistently higher than in Flint, Michigan. Mendoza reported the following:

Residents in some homes in Montreal, a cosmopolitan city an hour north of the U.S.-Canada border, and Regina, in the flat western prairies, are among those drinking and cooking with tap water with lead levels that exceed Canada’s federal guidelines. The investigation found some schools and day care centers had lead levels so high that researchers noted it could impact children’s health. Exacerbating the problem, many water providers aren’t testing at all.

A number of journalists, media organizations, and universities performed a yearlong investigation. Of course, residents are shocked and hurt that their water is so contaminated with lead. Mendoza went on to write:

The town of Prince Rupert, where whales, grizzly bears and bald eagles are common sights, is among more than a dozen communities along Canada’s wild west coast where residents — many Indigenous — are living in homes with aging pipes, drinking corrosive rainwater that is likely to draw lead. But their province of British Columbia doesn’t require municipalities to test tap water for lead.

Canadian officials where levels were high said they were aware that lead pipes can contaminate drinking water and that they were working to replace aging infrastructure.

And some localities are taking action. Montreal Mayor Valérie Plante vowed to test 100,000 homes for lead and speed up replacement of lead-lined pipes immediately after journalists sent her an analysis of the city’s internal data revealing high lead levels across the city.

The media consortium filed more than 700 Freedom of Information requests and took hundreds of samples in people’s homes to collect more than 79,000 water test results. But the findings are neither comprehensive nor an indication of overall drinking water quality in Canada. That doesn’t exist.

“Because there is no federal oversight, everybody does what they want,” said engineering professor Michèle Prévost, who quit working on a government study of school drinking water in frustration over the lack of lead testing. “Most provinces ignore this very serious problem.”

The government’s approach to limiting lead in drinking water in Canada is starkly different from the U.S., where the Environmental Protection Agency sets legal standards under the federal Safe Drinking Water Act, and every person is supposed to receive an annual Consumer Confidence Report from their water provider by July 1 detailing lead test results.

There’s no similar, routine testing or notice in Canada, with the exception of the 14 million-person province of Ontario, bordering the U.S. and the Great Lakes, which post results online.

Canada is one of the only developed countries in the world that does not have a nationwide drinking water standard.  There are chemicals and corrosion inhibitors that can be added to the water, but again, that is another contaminant... Of course, it's probably better than lead.

Canadians, like most Americans, want the Government to fix it. Of course, they do. Give someone else the responsibility. "It's not my job!" Here's the real challenge: This article by the AP was about lead. Just one contaminant. What about all the rest, like PCB, TCE, THM, Dioxin, Chromium 6, Legionella, Cryptosporidium, Giardia, PFOA, nitrate, and a plethora of other potential contaminants?

Are you going to trust the government to deliver clean, fresh, purified water to you and your family? Is it economically practicable for them to do so? After all, 99% of all water produced by a municipal water treatment plant is used for things other than drinking: irrigation, manufacturing, bathing, fighting fires, cleaning, and flushing toilets. What if the city were to provide the purest water possible, but your water bill went up tenfold, or even fivefold?

The technology exists whereby, a family can treat all of their drinking water with a water treatment system that costs a couple hundred dollars and cost less than $50 a year to operate. Of course, you can wait for the government to solve your problem.... and continue drinking the water, or you can take ownership of the problem and your health. TODAY!

Reverse Osmosis removes the largest spectrum of contaminants of any water treatment process. A residential RO system, such as the US Water Systems Galaxy Series (pictured below) fits nicely under any sink and provides all the water you can drink for up to a family of ten.

Some people just like to complain about problems... they really do. It seems to give them a sense of doing something. I like to take responsibility for my health and will leave you with: Are you focused on the problem or the solution? The choice is clear!

November 6, 2019
Comments
Bill
I bought your water system way back when.Our water is the best now. The only thing I would like to know is,How much water pressure I should maintain in the tank?? Thank You Bill Mt e-mail is blajiness@charter.net
Reply
Mark Timmons
5 to 7 PSI.
Reply
Search The Blog
Categories
TOP SELLING PRODUCTS
TOP SELLING PRODUCTS