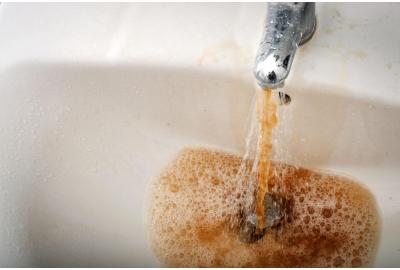 Let's say that you are searching for a solution to your iron problem and you see a link that says "Complete Iron Removal." Sounds good. So you click on it. They show you a pretty picture of a device that is touted as the latest and greatest technology for iron removal. It probably looks like a water softener and may say that it softens the water and removes the iron too. What should you do? RUN AWAY AS FAST AS YOU CAN! There is no "one" solution to any water problem and if a  company is selling just one solution, you can rest assured that it is probably a scam!

Specifically, there are some companies that are saying that they have a water softener that also removes the iron (often called "rust") from the water.  This could be true in a small sampling of cases, but most likely, it is almost certainly untrue.  Iron exists in a number of forms and in various water conditions: low pH, high pH, low hardness, high hardness, ferric iron, ferrous iron, colloidal iron, bacterial iron, and other "competing contaminants" usually prevent a water softener from effectively removing the iron.

The fact of the matter is that most of these companies are taking a water softener and putting fine mesh resin in it.  Fine mesh resin can do a better job at removing iron... at least initially.  However, over weeks and months of usage and depending upon water conditions, it can "load up" with iron suddenly, your iron problem is back... with a vengeance! If you want to remove iron with a softener, you will have the most success with a twin-tank system like our Synergy Twin-Alternating Commercial Water Softener (pictured to the right).

That said, I still don't recommend using a water softener to remove iron.  Iron is best removed by "oxidation" not "ion exchange" which is how a water softener operates.  I recommend oxidation of iron utilizing an iron filter, but not just any iron filter.  Not all iron filters are created equal. Be careful what type of system you choose, because if you don't choose wisely, you can end up with problems you have never anticipated.

Everyone who has iron thinks their iron is the worst on the planet.  It usually isn't... but it seems like it!  We know how to handle "really, really bad iron." When evaluating how to best remove iron, the more information we have, the more successful we will be. It is often said that "knowledge is power" and nowhere is that truer than in water treatment. I have removed 44 ppm of iron through ion exchange water softening, but have failed to remove even 2 ppm of iron using the same equipment.  The difference is what contaminants are in the water, in what levels and what competing contaminants are also present.

Having a detailed water analysis of your water is vital to being able to effectively treat the water.  If you are a carpenter, it is often wise to "Measure Twice - Cut Once." What do you mean you cut it twice and it's still too short?  By the way, that's supposed to be funny! So, we advise a detailed laboratory water test by a third party lab. Don't trust a FREE "Field Test" by a water treatment salesman who has a financial interest in the outcome. Field tests are not very accurate and they only test for 5 or 6 contaminants. I recommend the US Water Systems Professional Lab Water Test which tests for 35 contaminants for just $49.95.  Here are a few of the key contaminants that are included:

... to name but a few. I also recommend that you utilize the BART Iron Reducing Bacteria Test so that you can determine if the iron is bacterial in nature.  Bacterial iron needs to be treated differently.

Once we know what contaminants are in your water and at precisely what levels, we can apply a scientific solution and guarantee the results. In the end, you will have iron-free water with one of our high-quality solutions, such as our Flexx Oxi-Gen Iron and Sulfur Filter or our Matrixx inFusion Iron and Sulfur Removal System. We specialize in solutions to the very worst water problems.  Here's one of our systems on some really horrible water: 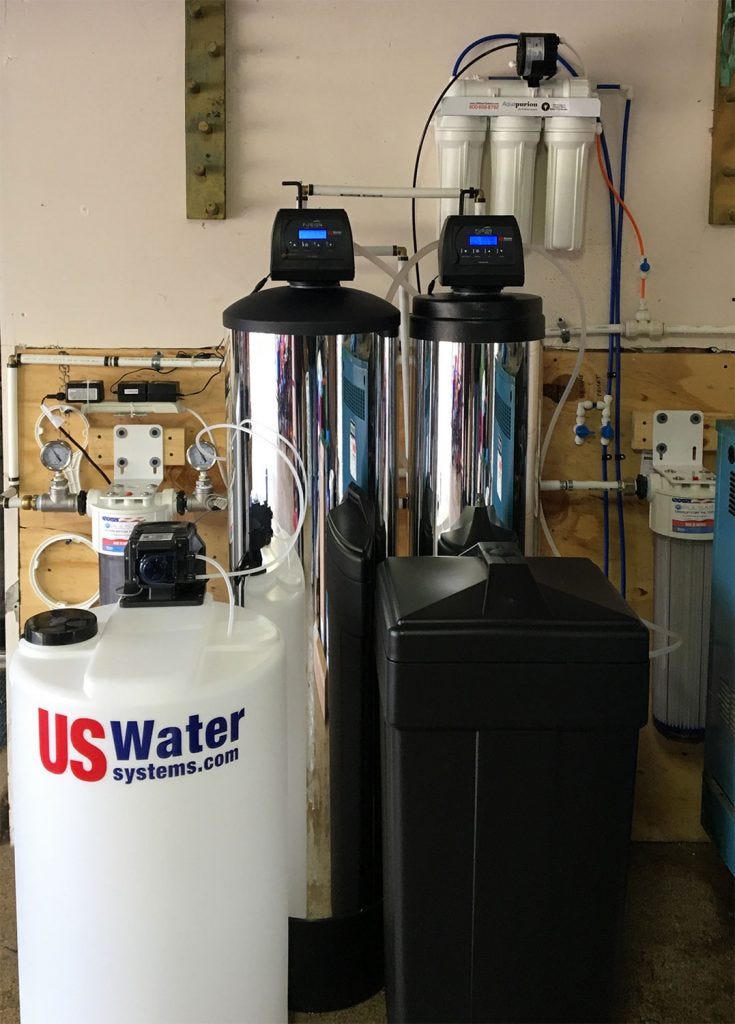 December 9, 2019
Comments
Tom
Hi Mark! Just started reading through your blog. All of your posts are very interesting and have helped me a lot. One thing I struggle to find is information on the types of iron that a water softener can filter out. Will the water softener filter out both ferrous and ferric iron?
Reply
Mark Timmons
There is no standard answer as pH and competing contaminants greatly affect how well ion-exchange can remove iron. Typically, you will be much more successful in removing ferrous iron than ferric iron with ion-exchange. I still prefer to use oxidation ahead of a water softener. That keeps you out of trouble.
Reply
shanon kole
Hi Mark! I just ordered my system recommended by Matthew after doing water testing (Matrix Infusion). I am so excited to have this problem eradicated. After reading through the pamphlets I noticed it says make sure all lines are replaced if build up of iron or sulfur etc. So with this being the guidance, I am not going to re plumb my entire home? Is this going to be able to get a handle on what may be lingering in the plumbing I cannot see? I appreciate your feedback.
Reply
Mark Timmons
You do not need to replace your pipes. I do suggest that you chlorinate the lines to remove any iron, sulfur or manganese deposits. I recommend this: https://www.uswatersystems.com/granular-chlorine-8oz-jar.html Check with our technical support department on how to best use it.
Reply
Search The Blog
Categories
TOP SELLING PRODUCTS
TOP SELLING PRODUCTS