Being exposed to radiation won’t make you a super hero, but it will make you super sick! 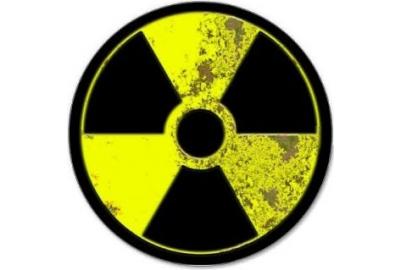 Being exposed to radiation won’t make you a super hero, but it will make you super sick!

If you love science fiction and action movies, chances are pretty good you have seen an average person get exposed to radiation in which they go home, sleep it off and wake up possessing super human abilities. Even the longest running show in television history featured a minor character appropriately named Radioactive Man who took on the semblance of such iconic heroes. Once we grow older, we find out that being exposed to radiation is nothing to jump for joy over. The scary truth is that millions of households across the country may be at risk to such exposure and aren’t even aware of it. Just because your tap water isn’t glowing green doesn’t mean the coast is clear. Radiation does exist in some water supplies and almost always goes undetected. How is this caused? Naturally-occurring radioactive materials (NORM) consist of rock types that naturally contain traces of radiation. When the source for one’s drinking water comes into contact with NORM-heavy rocks, radiation may accumulate in the water. Predominant radionuclides include uranium and thorium along with the decay products they expel. Being exposed to radiation puts people at risk for a number of health complications, but the most common one is cancer. Radiation damages cells and promotes uncontrolled growth that can cause cancerous cells to surface. It can even deform one’s DNA and disrupt cellular repair and replacement. In an article published by the Cleveland Daily Banner, the author reports how traces of radiation was found in U.S. Environmental Protection Agency water samples taken from a source within the Chattanooga drinking water supply provided by the Tennessee American Water Company. Scores of water supplies are vulnerable, and the public has no way of knowing if their family is at risk. Don’t stop there By adding a Fusion Professional-Grade metered water softener, you can protect your family from water dangers. You may also want to consider adding a reverse osmosis water system to provide your family with great-tasting water free from other contaminates that the softener on its own will not eradicate. By doing this, not only can you enjoy the quality of high-end bottled water from your tap, you will also be saving money. The cost of buying bottled water adds up and can really be regarded as an unnecessary expense. Be proactive in reducing your carbon footprint by utilizing safe, clean tap water versus buying designer water brands. Water bottles wind up in landfill and release harmful emissions into the environment, so try using a reusable bottle instead.
March 28, 2013
Comments
Search The Blog
Categories
TOP SELLING PRODUCTS
TOP SELLING PRODUCTS