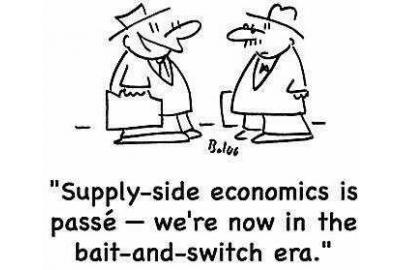 Posted in: Salt-Free Systems
By Mark Timmons
No comments
More from this author

The last I heard, using tactics such as the "Old Bait and Switch" was illegal. However, it seems that some water conditioning companies who are up in arms about some of the sleazy tactics used by companies such as Easy Water, are resorting to the old "Bait and Switch" when it comes to salt-free water treatment systems. Shame on YOU! You know who you are.   My next step will be to warn the public and the Attorneys General about your tactics.  STOP IT! If a company says they have "Salt-Free System" from $499 - ask them how many they have installed.  The answer:  NONE!  They want to criticize Easy Water, but they are also resorting to the same tactics used by those characters!  Ask them for references.  Ask them to explain how the system works.  They can't. Is it a lie or is it true that they have salt-free water conditoners from $499?  It's a lie! Are you willing to believe anything else they say?
December 22, 2009
Comments
Search The Blog
Categories
TOP SELLING PRODUCTS
TOP SELLING PRODUCTS